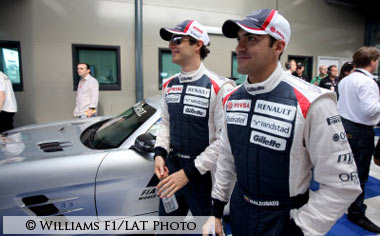 Williams’ driver Bruno Senna has said that he feels quite relaxed after 2012 Malaysian Grand Prix held at Sepang International Circuit on Sunday in which he finished at sixth place after showing an admirable performance on wet track.

“Having a good result takes some of the weight off your shoulders,” said Senna.

Moreover, Senna scored some crucial points in the second race which has earned him eighth place in the drivers’ rankings while his team stands at seventh place in constructors’ championship, so far.

Furthermore, it would be quite interesting to know that this has been Williams’ best result since 2010.

The Brazilian driver, Senna has an ultimate inspiration in the form of legacy of his uncle, Ayrton Senna, the three-time world champion who still lives in the hearts of many as one of the greatest drivers which the history of F1 would ever witness.

Senna has really strived a lot to establish himself in F1. During the last year, he scored only for once after taking part in eight races.

Moreover, before joining Williams in 2012 he had been with HRT and Renault.

Despite being out-qualified by his Williams teammate, Pastor Maldonado in the second GP, Senna managed to score 8 points at the end of the race which are more than the overall points being scored by the team during the preceding season.

In addition, Senna emphasized that he will definitely bring the best out of him in order to prove himself for the future.

“There will always be critics and you are never going to please everybody. But for sure, having a strong result will take some wind out of the critics’ sails. Hopefully I can make sure I keep having strong results to show I deserve my place here,” said Senna.

Besides, the former GP veteran, Martin Brundle who has become a well acclaimed analyst and British commentator, after seeing Senna’s performance in the second race, compellingly thinks that he can break in F1.

“For the first time, I believe Bruno Senna can cut it in formula one,” he said. “I hadn’t seen anything before that convinced me in the same way this (result in Malaysia) did.” 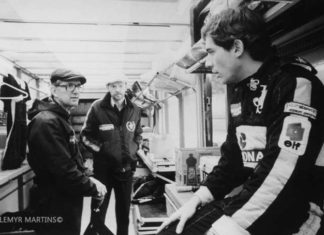 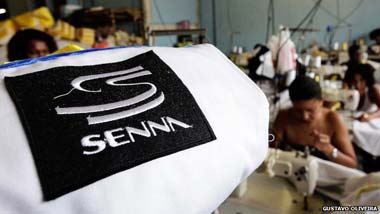 A Tribute to Life Network - 26/02/2014
0
In the baking heat of the Brazilian summer sun, rows of gleaming racing helmets line up in a four-storey warehouse. Dozens of workers are...