No doubt the Pope, like the Queen, receives many strange presents. But few can have been odder than the one that came his way the other day, when the family of Ayrton Senna presented a bemused-looking pontiff with a bust of the late Formula One champion. Skilfully executed by Senna’s sister, Bianca, the gift was timed to coincide with this week’s 25th anniversary of the accident at the Imola circuit that took the Brazilian’s life and had such a devastating impact not just on his millions of fans but also on grand prix racing as a whole.

Much was always made of Senna’s occasional references to his religious beliefs, and a perceived aura of spirituality certainly marked him out from the general run of grand prix drivers. No one would have expected James Hunt or Nigel Mansell to say something like “If you have God on your side, everything becomes clear”. Senna gave the impression that although he had definitely been put on earth to race, he was also involved in a search for a higher purpose.

But he was neither martyr nor saint. Within his sport he was a man motivated by personal ambition, with a weapons-grade sense of entitlement that made him capable, for example, of taking revenge on Alain Prost by running the Frenchman off the road at Suzuka in 1990 with a cold-blooded and potentially lethal ruthlessness. Importing the tactics of the kart track to Formula One, he changed the rules of engagement in a sport whose drivers, although always ferociously competitive, had generally treated each other with chivalry.

Away from the track, on the other hand, Senna tried to do good. He gave millions to charity, and a family-run foundation continues his work of educating poor children in Brazil. All of which goes to show that not much in life, even the character of a racing driver, is as straightforward as we might wish it to be.

There was certainly nothing straightforward about the circumstances of his death on 1 May 1994 during the San Marino Grand Prix. A quarter of a century of analysis has failed to yield a definitive judgment on the events of the seventh lap of that race, although there is a general acceptance that – to put it simply – lowered tyre pressures caused his Williams FW16 to bottom on the rippled tarmac on the inside of the 190mph left-hander called Tamburello, throwing it out of control. The fatal head wound inflicted by a broken suspension part was the freakish consequence.

The real complication comes in the fact that he died while trying to stay in front of a dangerous new rival. After the retirements of Mansell, Prost and Nelson Piquet, Senna found himself confronting the challenge of Michael Schumacher, nine years his junior, and no attempt to establish the cause of the accident can ignore the relevance of their head-to-head battle. It was Senna’s opinion, privately expressed but well documented, that Schumacher’s Benetton was benefitting from the continued use of banned electronic driver aids.

That allegation, and others levelled against the German driver and his team during the course of the year, form the subject of a new book called 1994, whose author, Ibrar Malik, gathers new and old testimony from a variety of witnesses. Despite the profusion of anorak-level technical detail, not always clearly presented, there are no confessions and, in the end, no new and dramatic conclusions.

Several people with access to Senna at Imola have described his troubled state of mind that weekend. The photographer Jon Nicholson was there, collaborating with his friend Damon Hill, the No 2 to Senna in the Williams team, on a book about the whole year. Nicholson had been at Interlagos for the first race of the season, in which Senna spun off in front of his home crowd in his debut with his new team, and at Aida in Japan for the second round, where he was shunted into an accident at the first corner.

The photographer knew that Senna, having left McLaren to join the team whose cars had dominated the previous two championships, was frustrated by the new car’s disconcertingly poor performance and by unexpected pressure from Schumacher. Nicholson had seen enough of the Brazilian during the weeks of testing and racing that spring to know that his state of mind was darker than usual even before the accidents of his young compatriot Rubens Barrichello, who came close to death on the Friday, and his friend Roland Ratzenberger, who lost his life on the Saturday.

Nicholson took a lot of pictures that weekend. The one published here remained unseen until a few months ago, when he was sorting through his filing cabinets and found a box of negatives marked “Imola 1994”. It had been taken in the Williams garage on the Saturday, as Senna stood next to his car, preparing for the morning’s practice session. About to pull on his helmet over his flameproof balaclava, he was looking up at the timing screen suspended from the garage ceiling. The combination of posture and lighting give the photograph an ethereal quality that, with hindsight, seems to express something in the driver’s personality.

“I looked at it and shivered,” Nicholson told me. “It’s like Ayrton’s already vanished – as though he’s no longer of this world.” Barely 30 hours later, as the driver’s lifeless body was lifted into the sky by a medical helicopter and carried away over the wooded hills surrounding the circuit, the sport had lost not a saint but a flawed and forever fascinating hero. 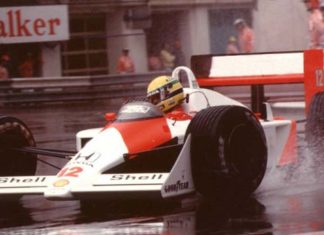 A Tribute to Life Network - 28/08/2016
0
Ayrton Senna has given Formula One so many stories and memorable events that it’s hard to select just one that best represents the brilliant... 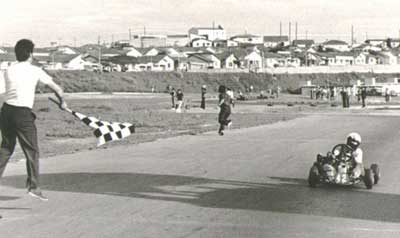 A Tribute to Life Network - 25/08/2015
0
Motorsport.com's Nick DeGroot got the chance to talk with the driver Ayrton Senna preferred racing against over anyone else: karting legend Terry Fullerton. He did...