After the 1984 Canadian Grand Prix, F1 stayed in North America for a while, and the next race in the World Championship would take place in Dallas, USA. Drivers weren’t pleased with the street circuit, which was bumpier than they considered tolerable, even for an urban track. Ayrton Senna performed well in the qualifying, securing a sixth placing on the grid. The Brazilian was convinced that he could score. The challenging circuit, with issues concerning asphalt quality, coupled with a temperature of 100 oF, was a problem for everyone.

The F1 Grand Prix was preceded by preliminary races, as it was customary, but, in Dallas, that only damaged the asphalt even more. Before the green light, there were rumors that the race wasn’t going to take place, because whole chunks of the track were coming apart. 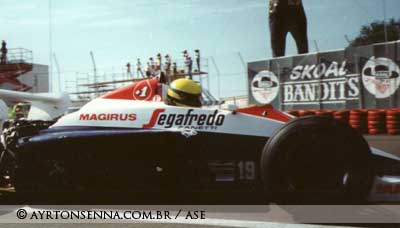 igel Mansell, Lotus’ drivers, said they the asphalt was the worse they had ever seen in their careers. Trying to avoid the scorching Dallas heat, the race authorities the race’s start time was pushed to 11 a.m., which caused another problem: drivers would have to be at the track at 6 a.m. the warmup. That made Frenchman Jacques Lafitte extremely mad. The Williams driver arrived at the track wearing pajamas, as a form of protest. In the end, the warmup parctivce session was cancelled to spare the track’s asphalt.

At the start, Mansell – who had scored his first pole position ever – kept his lead, trailed by De Angelis. The two Lotus were followed by Derek Warwick and Senna, who jumped to fourth place after finding more traction than Niki Lauda and taking advantage of René Arnoux’s technical problems – he had the fourth best time but started at the end of the pack.

In the second lap, Ayrton got close to Warrick and turned up the pressure on the Renault driver, but in his eagerness to be among the top three, he spun out and stopped facing the wrong way, meaning he had to wait for everyone to pass before he could maneuver his Toleman to the correct position. Ayrton also had to stop at the pits before starting his recovery. At the front of the pack, Warwick and De Angeles fought a good battle. Warrick took the lead in the fourth lap and soon was upon Mansell. When trying to take the lead, the Renault driver spun out and hit the tires.

Soon after, Lauda and Rosberg put pressure on De Angelis, taking the third and fourth places, respectively. Mansell remained in control of the race until the 38th lap, when he was overtaken by Keke Rosberg and, later, by Prost. The Frenchman was another driver to find a wall I his way, leaving the victory to the Finn. By the 46th lap, 15 cars had already retired either from crashes or for spinning off the track which had few run-off areas. The adversities plagued even the most experienced drivers, like Nelson Piquet, Niki Lauda and Alain Prost.

Making a fast recovery, Senna was back in the race in a big way. But a crash with a wall kept him from finishing among the six first drivers. Thus, Ayrton Senna was added to the list of technical complications in Dallas and he retired after 47 laps. The race was won by keke Rosberg. René Arnoux, who had started in last place, took several positions back throughout the 67 laps and finished second. The podium was rounded out by De Angelis.

In the last lap, a curious scene that went down in history: Mansell was desperately trying to score after hitting a rear tire on a wall, but he crashed again in the race’s last corner. he jumped out of his car and tried to push his Lotus across the finish line. Before he could do that, the Britton passed out and finished in sixth place.

After the race, Ayrton talked with the team’s engineer, Britton Pat Symonds. The driver said that he crashed because the wall had moved. Which sounded like a lame excuse was confirmed, according to Simmonds himself. This is the story of “The Moving Wall”m as told by him in 1984 to journalist Tony Dodgins, author of “Ayrton Senna: All His Races”.

“It was very hot and a terribly difficult race. Ayrton had a bit of a mixed bag: he´d qualified all right, thought the car was Ok, he´d early in the race and had to work his way back, but was heading towards a reasonable if not stunning finish. Then he clipped the wall, damaged a wheel and broke a drivershaft. After the race he was distraught and really couldn´t understand how he´d hit the wall. We were sitting talking, debriefing, and he said: ‘It´s impossible I hit the wal. The wall moved’.

I said, ‘Yeah, sure it did…’ They were huge great concrete blocks…But he was so insistent, and I had so much confidence in the guy, that I said, ‘Ok, we´ve just got to go and look at this’. I did think he was talking bollocks but he needed to go and see it. So we walked out to where he´d hit the wall and do you know what? The wall had moved. I was made of the great big concrete blocks that they used to delineate the circuit, but what be happened was that someone had hit the far end of a block and pushed it, which made the leading edge come out a few millimetres. He was driving with such precision that those few millimetres, and I´m talking probably ten millimetres, were enough for him to hit the wall that time rather than just miss it”.

“That really opened my eyes. I knew the guy was good but that really told me how special. Not just the driving but this conviction, the analysis and then the conclusion: I cannot be wrong, so the wall must have moved. Everyone else would say, ‘Bollocks, how on earth did I do that? ‘ But the conviction he had was just staggering. And we was right”. 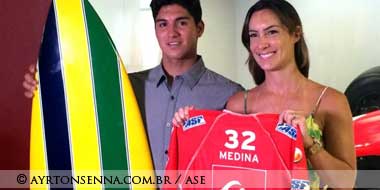 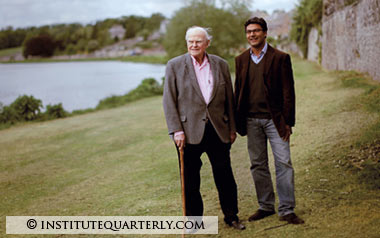 Ayrton, Prof and Me

A Tribute to Life Network - 05/03/2012
0
Manish Pandey, writer and producer of the Senna movie, also happens to be an orthopaedic surgeon. IQ sat him down with Professor Sid Watkins,...