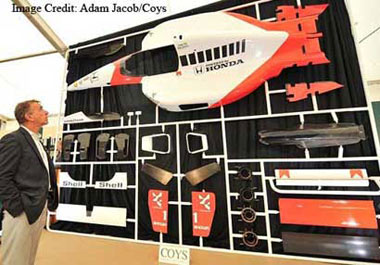 A sculpture that features Ayrton Senna’s McLaren MP4/6 from his last season as World Champion is to be sold by the International Car auctioneers COYS at their Nurburgring sale in Germany on August 13th.

The gigantic Airfix sculpture was unveiled to the public on Saturday July 16th at Blenheim Palace in Oxfordshire when COYS hosted its annual Concours d’Elegance and auction at the historic venue – and there to see it unveiled was Ayrton Senna’s former manager, Dennis Rushen.

Dennis, who was team manager in Ayrton’s formative years said: “I was really impressed with the Senna sculpture. Such a clever idea and it really stands out as something really different. Often at race meetings Senna would fly his radio controlled helicopter. He was really into models and he would have appreciated the concept.

There has been huge renewed interest in Ayrton Senna since the film “Senna” went on general release at cinemas a few weeks ago and the auction house have received a huge amount of interest in the sculpture since they pictured it in their catalogue.

“It will be sold at our auction at the Nurburgring on August 13th,” said Chris Routledge from COYS. “It really is a fantastic sculpture that would not be out of place in a design or motor museum or on the wall of a corporate office. We believe that it will sell for between £30,000 and £50,000.

The Formula 1 car was dismantled by McLaren and given to artist Jay Burridge who turned it into the gigantic “Airfix kit” in 1992. 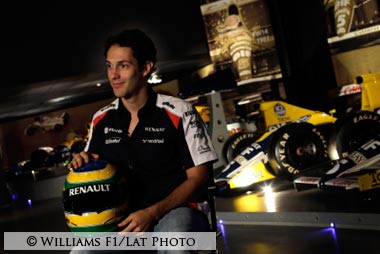 A Tribute to Life Network - 21/02/2012
0
Bruno Senna believes Williams has to improve its consistency on slow corners following his first day of testing at Barcelona. The Brazilian had another productive... 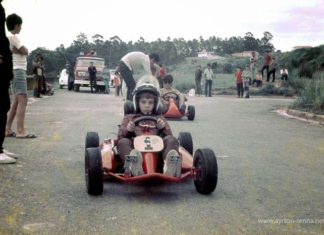 Ayrton Senna: The Faith of the man who could drive on...