This week marks the 25th anniversary of the 1994 San Marino Grand Prix, a weekend marred by tradegy as the sport lost two drivers. Austrian Ratzenberger and three-time world champion Senna both succumbed to fatal injuries sustained in separate incidents during qualifying and the race respectively. 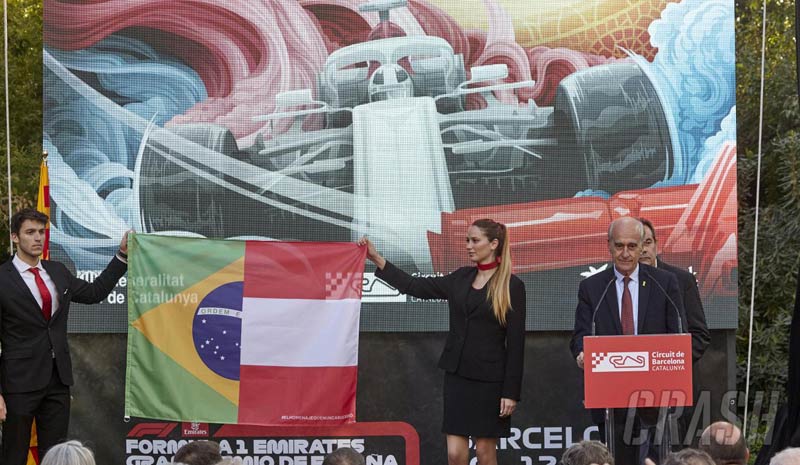 As a mark of respect to both drivers, a number of commermorative actions will occur across the Spanish GP weekend at the Circuit de Barcelona-Catalunya, including a half-Austrian and half-Brazilian flag which will be presented by the winner of the race on the top step of the podium on May 12.

It is a nod to the tribute Senna had planned to carry out following the conclusion of the race in Imola. An Austrian flag was found in the cockpit of Senna’s Williams F1 car and the Brazilian had planned to wave the flag on the podium out of respect to Ratzenberger, who had tragically died the day before.

In addition, smaller versions of the flag will also be handed out to fans at the circuit to wave during the podium ceremony after the grand prix.

On Wednesday 8 May, a life-size statue of Senna weighing 160 kilos – created by British sculpture and portrait painter Paul Oz – will be revealed at Palau Robert in Barcelona, while an exhibit consisting of an exclusive selection of 15 historic F1 cars will also be open to the public.

The sculpture will then be taken to the Circuit de Barcelona-Catalunya, where it will be exhibited in the Barcelona paddock behind the main grandstand. The opening ceremony prior to the race will also pay homage to both Senna and Ratzenberger.