The anniversary of Senna’s death on Wednesday – dubbed “Senna Day” – will revive the sense of loss and bewilderment that followed the shocking crash on the Imola circuit in Italy on May 1, 1994, that took the 34-year-old’s life. 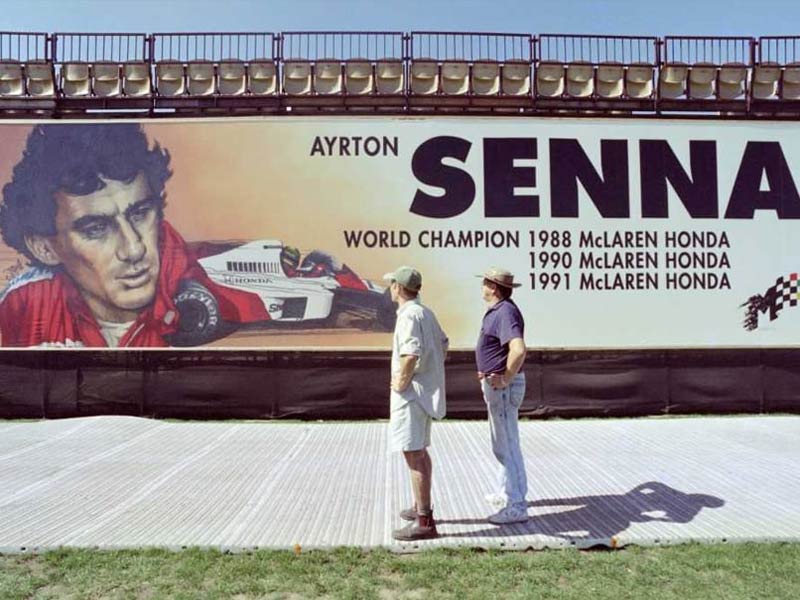 It will also serve as a bitter reminder that since Senna’s last title in 1991, there has never been a Brazilian world champion.

Senna’s death sparked an outpouring of grief around the world.

But his loss was felt acutely in Brazil where the sight of Senna, easily identifiable by his distinctive yellow crash helmet, taking the chequered flag, had been a rare source of joy for ordinary people struggling to make ends meet.

“In the 1980s we were living with hyperinflation, the end of the military dictatorship – it didn’t make sense to be proud of Brazil, but Senna was carrying the Brazilian flag around the world like a symbol that made so many Brazilians proud.”

Apart from his exceptional driving skills, his attention to other elements of the sport, such as physical and mental preparation, as well as understanding the vehicle and the technology that powered it, set him apart from other drivers. Such was his popularity among Brazilians that 25 years after his death Senna’s image continues to be used in advertising and social campaigns.

A survey in 2014 showed 47 percent of people in Senna’s home city of Sao Paulo ranked him as the biggest sporting name in the country. Football great Pele was a distant second. Pele, a three-time World Cup winner, played at “a time when people listened to football on the radio or read it in the newspaper – it wasn’t the same intensity or emotion,” explained Grunwald.

“With Senna, it was Sundays with the family” in front of the television.

Cultural and sporting events are planned for “Senna Day” at Sao Paulo’s Interlagos track. Charismatic and controversial, Senna was crowned the F1 world champion in 1988, 1990 and 1991 when he drove for McLaren. He had already switched to the Williams team when he was killed.

It was at McLaren that Senna’s notorious rivalry with French driver Alain Prost began – a relationship that has been scrutinized over and over by F1 observers for years.

“It’s obvious that everything was not perfect … there was rivalry on the track,” said Brazilian F1 journalist Fred Sabino. However, “the positive aspects outweighed the negative,” he added. After years of public bickering the two drivers appeared to resolve their differences before Senna´s death. Prost helped carry the coffin of his deceased team-mate.

“Determination” and “dedication” are the words often used to explain Senna’s success on the track.

They are also the values extolled by the Ayrton Senna Institute, which his sister Viviane founded in 1994 to offer opportunities for disadvantaged children. Books and documentaries about Senna’s life show a man focused on his career almost to a mystical level.

In several interviews, Senna discussed his deep Catholic faith and praised the virtues of mental discipline – so strict that it sometimes allowed him, he claimed, to enter another dimension while driving. Off the track, Senna’s two great loves were Brazilian TV star Xuxa and the model Adriane Galisteu, with whom he shared his last months.

Before Senna, two-time world champion Emerson Fittipaldi (1972 and 1974) and three-time world champion Nelson Piquet (1981, 1983 and 1987) put Brazil on the F1 map. In the past 25 years, Rubens Barrichello and Felipe Massa – eleven podiums each but without a world title – were the best Brazilian F1 drivers. This year, there is not a single Brazilian on the grid.

“Senna was the third driver in a line of champions … but in motorsport there is that cyclical thing,” said Sabino.

“The names that came later ended up suffering a bit with the complaints of fanatics used to victories.”

Senna, he said, embodied the “Brazil that worked, the great idol, a superhero.”

“He ended up dying on the track, which also helped in the consolidation of the myth.”