It’s called “last night” , but it is a story in images that gives us emotions, in its 150 carefully selected shots, entire automotive career of Ayrton Senna : a myth that resists his death, which occurred following the tragic accident in the San Marino GP in Imola of May 1, 1994, the most tragic weekend of the Circus (the day before he was killed in testing the young Roland Ratzenberger and Friday had been wounded Rubens Barrichello, as well as various mechanical and fans over the three days). 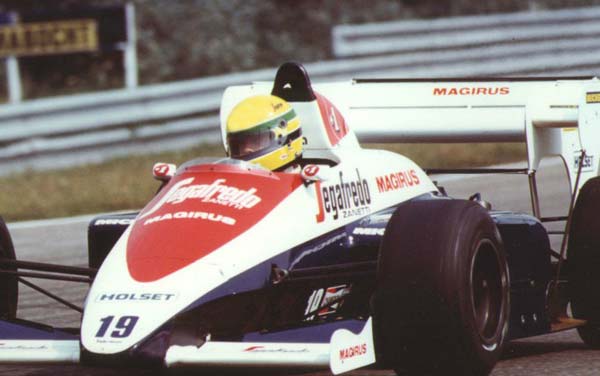 The book, published by Skira, is the result of the great photographic talent to Ercole Colombo ( the dean of photographers on the track in F1 Grand Prix) and the reporter texts Giorgio Terruzzi , both present at the Skira Point of the Permanent last Wednesday, with their wealth of anecdotes and stories about the fascinating world of racing. We had already written the shows on the Seine at the Autodromo di Monza which this book is the natural continuation, with about 50 images more.

What was it like, then, out of his fast Williams-Renault , one of the most beloved drivers Formula One racing of all time? “ Telling Ayrton Senna is not easy. Involves crossing particularly intense racing adventure, having to do with the soul exposed to a complex man, get back on a tragic epilogue, it exploded at the weekend bloodiest of modern motoring history. In addition, it is to pay tribute to a real heroic figure , whose features retain a grace and charm intact, “he wrote in the preface Terruzzi and would be very difficult to say with better words.

A person, Senna, enlightened by the great qualities that are specific to very few champions of the sport (as Jordan in basketball or Ali in the ring) but at the same time, followed by a heavy shadow: “[ …] obsessed with perfection, by the need to give back in terms of commitment and quality of what he had received as a gift from fate: talent and wealth . ” An anecdote about flirting with supermodel Carol Alt , known in a parade of Versace in 1990: “When he arrived, while I was having lunch with Ayrton, along with a group of Americans a little ‘spaced-” He tells Terruzzi “and one of them in Senna asked: what do you do in life? He replied: ‘I run with cars’. And the other: ‘Yes, but work? “.

With its frankness and narrative skills, Giorgio Terruzzi focused on the parallel between the Brazilian ace and what nascent German Michael Schumacher (that tragic edition of Imola decreed his fifth win in Formula One) telling the human side: “Similar at work, in ferocity and voracity with which they did it. But very different origins: Ayrton rich with guilt, Schumacher was born in a bad place, I realized when I went to visit him. ” With a touching anecdote that says a lot about humanity Schumacher, behind the Teutonic film: “When I told him that Pepi Cereda – another long-time columnist in F1, who died in 2001 – he was sick, he wanted know his number and called him very often, to the last. We were hundreds on that lap, I was surprised. “ 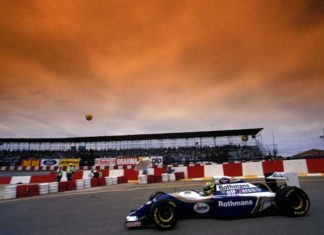 A Tribute to Life Network - 09/01/2017
0
This definitive record of Ayrton Senna’s racing life provides detailed coverage of every single race in which he competed, including karting, Formula Ford, Formula... 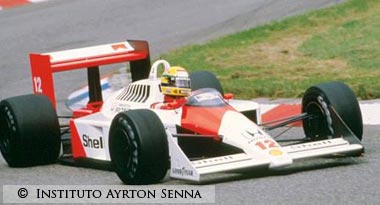 A Tribute to Life Network - 27/06/2014
0
The one man in Formula 1 who knew Ayrton Senna best of all was McLaren CEO Ron Dennis. Ron signed Ayrton to McLaren in the...