When the Class of ’95 had their picture taken yesterday in the pit lane at Interlagos, it was without their head boy. For the first time in 12 years Ayrton Senna was not part of the annual ritual shared by the 26 drivers who will contest the Formula One world championship, writes Richard Williams. At Interlagos this time last year, Senna took pole position in his first race for the Williams team, a combination expected to cruise to the championship. But when he spun off while chasing Michael Schumacher, no one suspected that he had just said farewell to his home circuit. 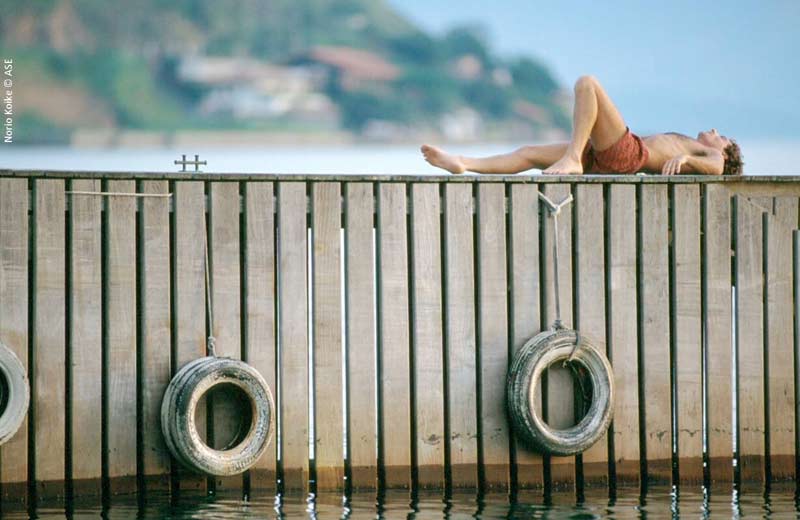 Some European visitors were perplexed by the low-key nature of So Paulo’s homage to their local boy at yesterday’s Brazilian Grand Prix. Remembering the awe-inspiring displays of collective grief at his funeral last year, when a large proportion of the city’s 15 million inhabitants took to the streets to greet his coffin as it rode through the concrete canyons on the back of a fire engine, and when more than 200,000 people queued to file by his mortal remains in the July 9 Palace, that was understandable.

But the people clearly believed that the funerary lamentations had satisfied their need for overt displays of grief, and yesterday’s remembrances were of a different and more discreet kind. You could have spent all week in the city’s streets of So Paulo without seeing or hearing a single reference to Brazil’s greatest sporting hero since Pele.

As the drivers waited on the starting grid, a man in a replica of Senna’s Marlboro driving suit and yellow crash helmet sat in the front row of the grandstand, a few yards away from the car on pole position, Damon Hill’s Williams. But this was not an example of posthumous ghoulishness: that man, in that outfit, turned up every year to greet Senna, and his continued presence – for this one year, at least – seemed appropriate. He was also prominent among those who led a chant for Hill, Senna’s last team-mate. When the Englishman turned and waved to the crowd, the cheer seemed to say that they wanted him to win for their late hero.

That was not to be. Nor was there success for Rubens Barrichello, the 24-year-old Paulista who is Senna’s designated successor. “Rubinho” lasted only seven laps, but he did so in a helmet cleverly incorporating Senna’s design into his own, the work of the renowned Sid, Brazil’s master helmet painter. There were banners around the circuit – “Thank you, Senna”, “Farewell, Senna”, “Senna Vive” – and one trailed around the sky behind a light plane: “Sempre Senna”. The drivers toured the circuit on a truck, each waving a Brazilian flag, as Senna used to do in victory. And Frank Williams wore a small replica of the yellow helmet on his sweater.

But perhaps the most profound memorial to Senna was to be found in an unnoticed moment yesterday morning, when Gerhard Berger – his former team- mate and great friend – went up to the race director and asked for an extra tyre barrier to be positioned at the outside of a fast left-hand bend around the back of the circuit. Berger was the most experienced man in yesterday’s field, starting a grand prix for the 164th time, and he is now the senior figure in the Grand Prix Drivers’ Association, revived last year following Senna’s death. The GPDA exists to monitor safety precautions, and every life saved by its activities will constitute a tacit memorial to the great man. 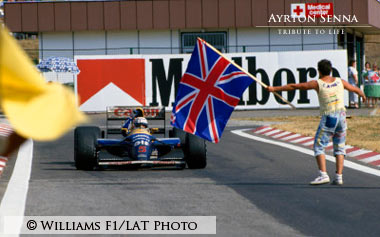 A Tribute to Life Network - 23/02/2012
0
The word 'genius' is overused, but it can be applied to Ayrton Senna. Senna's determination to win at all costs gave him a fiery temper... 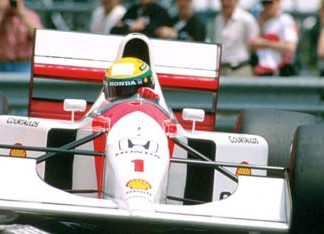 A Tribute to Life Network - 08/10/2011
0
Ayrton Senna and Jack Brabham each won three world championships – but these two drivers had very different careers. One interesting similarity is they both...