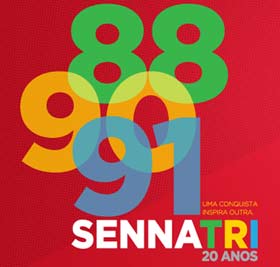 The week’s Grand Prix Brazil Formula 1 gave a further boost for the campaign ‘Tri Senna. A win inspires other ‘, the Instituto Ayrton Senna. The pilots involved, the media highlighted several actions and social networks the subject was one of the most talked.

In the race at Interlagos, Bruno Senna, Rubens Barrichello, Fernando Alonso and Lewis Hamilton ran with the seal on their helmets Tri Senna. Felipe Massa had used in Abu Dhabi. All objects will be auctioned next year (if Alonso will be the overall), with proceeds to educational programs reversed the Instituto Ayrton Senna.

The hull since Hamilton was featured in the press Friday. The English made a point of honoring the idol by 20 years of the conquest of the world’s third championship in Formula 1. Before, had already recorded a video answering questions from fans of Senna, the same as did Michael Schumacher (German responses will be available soon).

Bruno Senna, Ayrton’s nephew, was the protagonist of an historic tribute. He opened the banner of the campaign, with pictures of many fans of the triple world champion, who had sent the images via the Tri hotsite Senna – almost 450 thousand unique visitors. For anyone interested, can still enter the page and participate in the virtual flag.

Social networks. On the Internet, the action is successful. Tri Senna 325,842 seals are distributed on Orkut, 23,107 followers on Twitter – 57 new single this weekend, when the hashtag # SennaTri was mentioned 49 times. On Facebook, the number of fans is 27,452 to 175 days in the new Grand Prix of Brazil.

Tri Senna. The Tri Senna campaign aims not only to recall the third championship of Ayrton Senna in Formula 1, and draws attention to the work of the Instituto Ayrton Senna around the country to help ensure quality public education for children and young people. An old dream of Ayrton that turned into a job in 17 years, has benefited over 13 million girls and boys.

And the campaign continues. On Sunday, the eighth edition happens Marathon Relay Ayrton Senna Racing Day, with 6,500 athletes. All money raised from subscriptions is reverted to the Ayrton Senna. 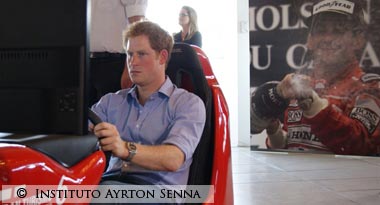 A Tribute to Life Network - 27/06/2014
0
The Ayrton Senna Institute received, last Thursday, in São Paulo, a visit from Prince Harry of Wales (United Kingdom). He was welcomed by the... 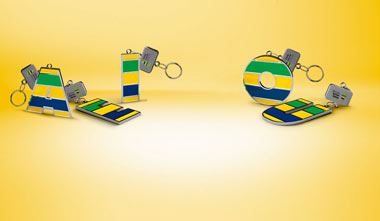