Ukrainian Oleg Konin portrayed desire to any fan of racing in Formula Alone. Exactly 18 years of the death of Ayrton Senna, many messages of nostalgia took over the network members on Tuesday . 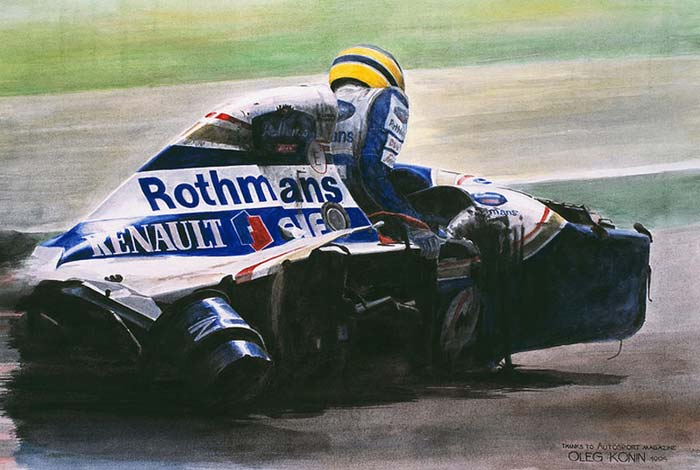 The painting of Ukrainian Oleg Konin, however, draws attention by a desire for any fan of motorsport. “Formula Alone” portrays the image of the triple champion of Formula 1 coming out of the car unharmed, unscathed, after only a strong knock on the Tamburello corner at Imola Grand Prix in Italy. See more details.

In 1994, Senna made his first season with Williams. However, the team has not had the same area he had with Nigel Mansell and Alain Prost. McLaren has also had the same strength for the pilot fighting for his fourth world title. Senna started on pole at Imola GP, but with limited drive the car, knocked on the seventh lap. If he were alive, Senna was 52 years.