May 1st, Last year around this time Adrian Newey for the first time publicly revealed his emotions and the deep felt trauma surrounding Ayrton Senna’s death, 18 years ago at Imola, while driving one of the cars designed by him saying that the tragedy changed his life forever – the F1 design genius recalled the dark period in the aftermath of the accident that robbed Formula 1 of it’s favourite superstar. 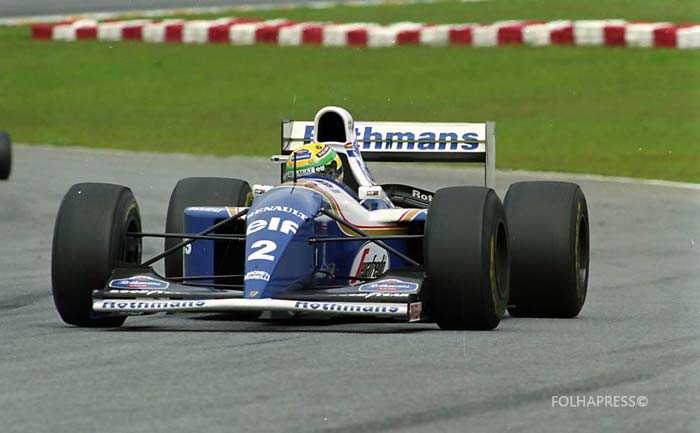 Speaking to the Guardian, Newey – the architect of the Williams FW16 – revealed that he was physically affected in the wake of the Senna’s fatal accident at Imola, “The little hair I had all fell out in the aftermath. So it changed me physically. It was dreadful. Both Patrick Head [the Williams technical director] and myself separately asked ourselves whether we wanted to continue in racing. Did we want to be involved in a sport where people can die in something we’ve created? Secondly, was the accident caused by something that broke through poor or negligent design? And then the court case started.”

The acknowledged Formula 1 design genius, when asked if he thought of quitting the sport at the time confirmed: “Yes. For the whole team it was incredibly difficult. I remember the day after the race was a bank holiday Monday and some of us came in to try and trawl though the data and work out what happened. They were dark weeks.”

Newey believes that the exact cause of the accident will never be ascertained, “The honest truth is that no one will ever know exactly what happened.”

He asks the question: “There’s no doubt that the steering column failed and the big question was whether it failed in the accident or did it cause the accident? It had fatigue cracks in it and it would have failed at some point. There is no question that its design was very poor. However, all the evidence suggests the car did not go off the track as a result of steering column failure.”

Newey, who is now technical boss for world champions Red Bull, has his own theory of what caused the Williams FW16 to plough into the wall at Tamburello that fateful day, saying the car “stepped out, the right rear tyre probably picked up a puncture from debris on the track. If I was pushed into picking out a single most likely cause, that would be it.”

When asked if he had seen the recently released Senna movie, Newey said, “No. It would not be an easy thing to do.”