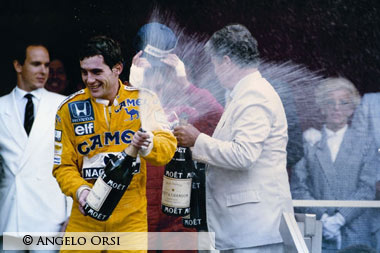 Over the last three decades, Julian Jakobi’s presence in Formula One circles as a manager and business advisor saw him involved with the careers of some of the sport’s most illustrious drivers, including Alain Prost, Michael Schumacher, Jacques Villeneuve, Jacky Stewart, and of course, Ayrton Senna.

Jakobi had a close relationship with Senna, who provided him with many stories to tell. Following the triple World Champion’s death during the 1994 San Marino Grand Prix, Jakobi participated in the set-up and management of the Ayrton Senna Foundation, conducted merchandising activities for drivers and teams, and eventually played a part in the start-up of the BAR operation before diversifying into several other markets.

In an exclusive interview with ESPN-Racing-Live.com, Jakobi shares his thoughts on Senna’s character, discusses his balancing act of advising both Senna and Prost during the rivalry years, and recounts how the great Brazilian’s approach to racing made him unique.

Jakobi’s first meeting with Senna was in Portugal, when they gathered for a late evening dinner in 1985 to talk business.

“It was the Thursday before the Portuguese Grand Prix and we met in this restaurant at nine o’clock at night, which I thought was quite late considering he was driving the next morning. And we were still in the restaurant at half past one in the morning,” Jakobi begins.

“I remember then how intense he was, how long-winded he was, but how he wanted to know every detail of every possible scenario that could happen. What was the plan and the strategy going forward. He was a highly intelligent man and I remember specifically then as being… I never met somebody before who would still be sitting in a restaurant at half past one in the morning talking business when he had to be in the car the next morning. But that was the way he was. And he was tremendously concentrated on detail.”

Jakobi was also impressed by the way Senna took his physical preparation very seriously, always striving to be in top form to race.

“He raised the bar in terms of fitness for all the drivers,” he insists. “He would train during the winter back in Brazil in the heat, the tropical heat in Brazilian summers. He would always run in Portugal in his house or in Monaco at midday. He would never run early in the morning or late in the evening, he would always run in the heat of the day because that was the time of races.”

Jakobi is certain that Senna was by far the fittest driver on the grid, at a time where most drivers did not push their exercise routines to such a point: “I don’t think they regarded him as a freak, but he was just different from them because he had a different view. He was there to win.”

Then came a time when the advisor took on the job of managing both Alain Prost and Ayrton Senna. In fact, Senna came under Jakobi’s guidance following a good word from Prost.

“They must’ve had some type of conversation and I got a call from Senna saying could we discuss him being a client based on Alain’s recommendations,” Jakobi mentions. “So at that time, they obviously got along pretty well.”

In 1988, Senna joined reigning World Champion Prost at McLaren Honda, and the beginnings o f a historic and eventually bitter duel were laid.

“They were never the best of friends, but they weren’t really enemies until such time as they both realized that there could only be one winner,” Jakobi explains. “And the McLaren car with the Honda engine was so superior that they were battling each other for the championship and there could only be one winner. They were both driven to succeed. They both wanted to win and would do anything to do so. So, there was always going to be a fight because neither wanted to be second.”

Senna took the title in 1988, but with the rivalry continuing into 1989, it was Prost’s turn to re-take the laurels. At the Japanese GP at Suzuka, he turned into the sister McLaren to prevent being overtaken, but Senna not only recovered from the collision but went on to win the race – only to be disqualified for cutting a chicane as he returned to the track after the incident. The title went to Prost and Senna was infuriated.

Jakobi was caught between both drivers: “I had phone calls at some unearthly hour of the morning from both of them actually because there were issues about what to do with the FIA and the team and, you know… They were both upset for different reasons. But it was inevitable.”

At that point the hostility between the World Champions was blatantly obvious, yet Jakobi maintains that it seemed worse than it was.

“I don’t think the animosity was quite as great as the people made out,” he says. “They were both very professional. I always told them that I would never discuss their affairs with the other and vice versa. So it was… they came to me for advice and they relied on it.
Click here to find out more!”

In addition, Jakobi’s role as their advisor also practically guaranteed equal footing from Ron Dennis while they were McLaren teammates: “From a business standpoint, they both did very well at it because there was an advantage and they were both smart enough to realize that Ron Dennis couldn’t play one against the other if I was managing them both. So they knew that they got the best deal from Ron. Because he couldn’t mess around with the contracts. So I think they were smart enough to realize that, and I made sure that I am strictly at arm’s length. I didn’t get involved in the fight or the technical discussions or anything else within the team.”

The following year Prost had moved to Ferrari but the rivalry remained and again the Japanese Grand Prix would be the scene of controversy during its 1990 edition. Senna was outraged that his pole position was situated on the dirty side of the track, and his attempts to have the grid corrected accordingly were refused. At the first corner, Senna refused to let Prost take the advantage and they collided again – this time with Senna taking the crown.

“I don’t think anybody expected that to happen on the first corner. But, I mean, I do know there was a debate which was quite so heated on Saturday about the fact that Senna was in pole, but was on the wrong side of the grid and, therefore, felt that Alain had an advantage, which he shouldn’t have had because Ayrton had beaten him to pole. And he tried to get the FIA to change the grid setup,” Jakobi relates.

“I think he was pretty vexed by that anyway. I think he was more vexed by that than he was by anything else and was determined that, you know, if he couldn’t get away cleanly into the lead, that Alain shouldn’t lead. I guess that’s what happened. It was more of an accident than the previous year, which was a coming together. This was a bit more serious.”

Senna believed in equal opportunities in all aspects of Formula One, be it on track or within a team.

“The only thing he ever worried about was making sure that he had the best equipment. He was always looking to see where he should go if he couldn’t compete on an equal footing. When he fancied his chances with anybody and in an equal situation. And in fairness, I mean he always insisted in all the contract negotiations that we did together that he had equal status with the other driver,” Jakobi says.

“Once you got into a top team like McLaren or Williams he always felt that he should have only equal status,” he continues. “And in fact the wording that went into contracts was the wording that he worked and I worked out at the time which was that he would not have less than equal status to the other driver at all times. Not that he would have more than equal, but not less than. He was happy with that. Because he fancied his chances with anybody on an equal basis, but he was really, really determined to make sure that he had equal status in terms of the number of tests he did. With the technical side, the engineers, and everything. And on that basis he felt he could win.”

In 1991 the raging competitiveness between Senna and Prost toned down a bit as the Ferrari lost its edge and Senna claimed his third world title with McLaren. But the Brazilian felt that his team was taking a downturn and therefore did everything he could to work out a switch to the Renault-powered Wiliams team – even offering to drive for free.

“We were in Spa at the Belgian Grand Prix and Ayrton had two contracts on Sunday morning in his motorhome, ready to sign: one with McLaren to stay for the ’92 season and one to go to Williams to replace Mansell,” Jakobi details. “And he was determined and knew he should have gone to Williams, but he had a phone call overnight from the President of Honda persuading him to stay and basically twisting his arm not to leave and he succumbed to that, and he stayed which in my opinion was the only mistake he ever made. Because he would have been a Williams driver in ’92, he would have won the championship in ’92, but he picked the wrong horse.”

“The contract, the financial terms were exactly the same, A or B; and he said, ‘I should have gone to Williams. My mistake.’ And he was persuaded by Honda to stay, and then Honda pulled out at the end of ’92. And of course he was left, he couldn’t get into Williams in ’93 because Prost was there. So, he was stuck with McLaren and thought about taking a year off, and then decided to come back and drive on a race-by-race basis, and then ended up with Williams in ’94.”

“But if you think about it had he gone there in ’92, he would have gone there and won more championships.” 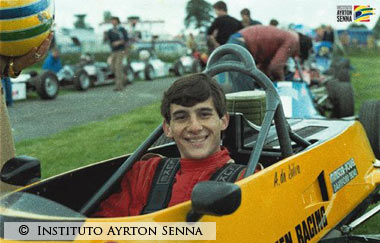 A Tribute to Life Network - 02/03/2012
0
'Senna', a documentary film on the life of the legendary Formula One driver Ayrton Senna, has been one of the success stories of last... 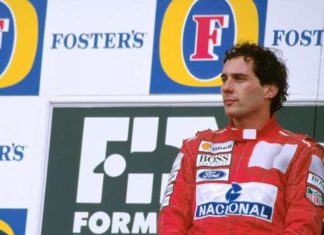