Wealth and poverty live shoulder-to-shoulder in the industrial capital of Brazil. Consequently, the thieves’ work is the stuff of legend. One year, for instance, Goodyear’s laundry went missing, only to appear on the backs of a volleyball team on the beach the next day! In Rio, where the Jacarepagua circuit hosted the Brazilian Grand Prix until 1989, after which Sao Paulo’s political muscle ensured a change of venue, a wife once anxiously awaited her husband’s return from the beach. When he failed to materialise, a search found him still alive wrapped in a blanket. The locals had removed one of his kidneys. . . 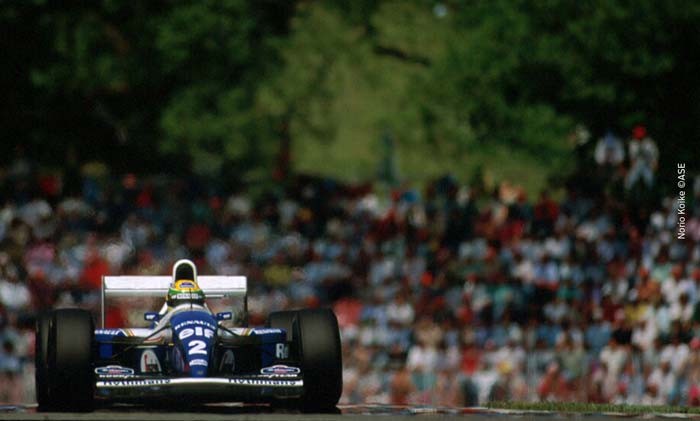 Two compelling reasons why Formula One tolerates the trauma of Sao Paulo is that the locals often smoke while they rifle through your kit. They also purchase cars with which to make their getaway. The tobacco and car companies love the fans, and there is no disputing that for all the failings of their countrymen the fans love their racing. Most things ‘lost’ by the Formula One circus are replaceable. One, Ayrton Senna, is not, and it is with his legacy that Rubens Barrichello the sensation of his home Grand Prix -has struggled to come to terms for over a year.

In the wake of Senna’s death, Barrichello’s entourage grew considerably, while his reputation diminished. In spite of a podium finish in Montreal, his 1995 season was a disaster. All too often Jordan team-mate Eddie Irvine outshone him; indeed Ferrari, for years rumoured to be the Brazilian’s final destination, finally took his teammate instead. But Barrichello’s form at Interlagos, where he qualified second and ultimately crashed out whilst battling for the same position, signalled not only Jordan’s serious intent to challenge for honours, but his emergence from a personal nightmare.

Where 12 months earlier the team’s high expectations had been shattered in Brazil, this time its cars were competitive throughout the weekend. Had it not been for a wayward weather forecast, Eddie Jordan is convinced that Barrichello would have been challenging Hill for victory. Believing its local sources, which predicted that a sudden rain shower would abate right at the start of the race, Jordan started with insufficient fuel for Rubens to stay out long enough to capitalise upon the window of opportunity in which slicks and fuel could be taken on at the same time. Consequently, Hill’s Williams was well clear when, struggling with fading brakes, Barrichello finally deposited his car in the gravel attempting to overtake Alesi’s Benetton. Not withstanding his exit, the event was something of an individual triumph.

Barrichello idolised Senna, and he admits that Ayrton’s loss affected him deeply.

“Right from the start of last season I felt a great deal of pressure on me,” he confides. “It was the first season in which I had run without the presence of Ayrton, and I had lost one of my benchmarks.

“The fans’ expectation was one of the biggest problems I have had since his death. One cannot forget what a great champion he was, but it is impossible for anyone to be a new Senna. Ayrton was so exceptional that no one can claim to be able to replace him. I cannot do it, nor can anyone else. I must be Rubens Barrichello and nobody else. Nowadays people talk a lot less about my being Senna’s successor, and I realise now that I was trying to be someone that I’m not’.

There were also technical reasons why his ’95 season was such a disappointment. For one, Peugeot’s engine tended to have the longevity of a balloon in a pin factory as a precautionary measure at Interlagos its engines raced with 400 revs fewer than they qualified. He also struggled to come to terms with a two-pedal set-up, and eventually reverted to three. But for all that the team let Barrichello down, he let himself down too. His attitude was such that his team-mate privately referred to him as The Brat’, and Irvine’s pace, and attitude, did little to dispel Rubens’ paranoia.

“I have to say Eddie is a very unusual guy he reflects – “He looked after himself very well – all by himself and was able to sort out his problems. But it was virtually impossible to talk to him about my problems. He was not really bothered, Martin [Brundle) makes life a lot easier for me, and it’s easier to work with him. He does not shut himself off. He knows how to exchange information.”

And how to exchange compliments, for Brundle gave a glowing assessment of his new team-mate after qualifying at Interlagos. “It didn’t surprise me to see him on the front row,” he said. “Ever since I first tested with him, he’s been driving exceptionally well. He really looks to have got his head sorted this year, and you’re seeing the results.”

Still only 23, Barrichello insists he has emerged all the stronger for the bitter experience of last season; “I learned to drive under pressure. It does not feel good to make mistakes, or to have problems, but it is very good from the point of view of being strong enough. I am more professional, but also more relaxed. I feel strong on the track. I am in F1 for the good moments and I know what I am capable of doing without trying to achieve the impossible. I am aware that I am lucky to be a driver with a top team.”

In Argentina, where Barrichello finished fourth, the 196 was all at sea on a low-grip surface. But there aren’t too many of those remaining on the calendar and, buoyed by the team’s showing in Sao Paulo, Jordan himself confesses that he: dreams of that first F1 win. When asked about aims, his driver maintains a rather more sober attitude.

“I have none,” he responds. “That may sound a little bit surprising, but it is the truth I am not fixing any objectives. I am going to do my best and I hope that will bring good results. This is a new Rubens Barrichello in F1 and I am just happy to be there.” 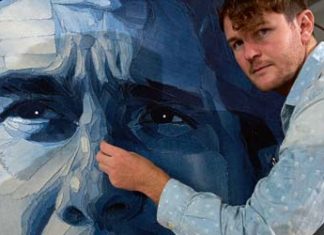 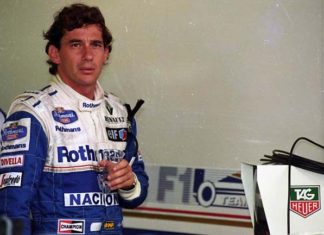