In order to guide and warn the female audience on cardiovascular disease, on 29 July, the Brazilian Society of Clinical Medicine (SBCM) launched the “Heart Women” campaign, alongside Viviane Senna, President of Instituto Ayrton Senna and godmother of the initiative. Paulo Cezar Mariani, secretary general of the Paulista medical Association as well as representatives of other medical organizations, attended the event. 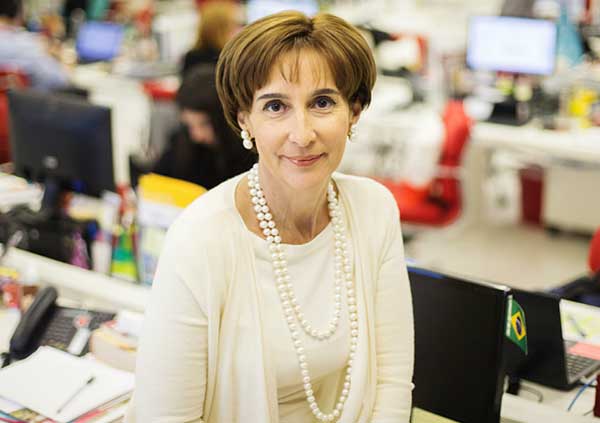 “For me it is an honor to help this cause with such a noble goal, not only for us women, but for all men, sons and daughters of this country,” said Viviane Senna, to officially declare the opening of the campaign.

About the invitation to be godmother of the initiative, Viviane said that expanding knowledge is one of the forms of action on heart problems. “I am a typical woman’s example is the risk framework, and I think I can do something for other women who face the same factor without knowing, for lack of information, knowledge and awareness. To change the world, you need to start with something that is within our reach, so I accepted the invitation with great care and responsibility, “he explained.

Antonio Carlos Lopes, president of SBCM, said long studies of cardiovascular diseases linked to women were relegated. “With social progress, the woman began to have a very intense professional activity and was subjected to the same stress faced by man. Risk factors also began to exist on it, such as smoking, birth control pills, obesity, sedentary lifestyle, cholesterol , diabetes and exercise without accompaniment. and so we often come across with coronary artery disease, which often leads to heart attack, “respect.

According to Lopes, the program is guided by three basic pillars: prevention, diagnosis and guidance. “This third element explains how to maintain a healthy, fight obesity, properly treat metabolic studies, such as glucose, cholesterol and uric acid, and discuss hormone replacement when a woman reaches menopause.”

In teaching and informal language, the campaign was published in the online media through the site wwww.mulhercoracao.com.br and social networks Facebook (mulhercoracao) and Instagram (@mulhercoracao). They will also be distributed leaflets in crowded public spaces.

“We live in a time of poor medical assistance to the population. However, the initiative is very welcome, and glad too know that a medical entity demonstrates the example of how to make a difference and impact the health of people,” added Eder Gatti Fernandes, president of São Paulo Medical Workers Union (Simesp).