Thousands of fans gathered at Imola on Thursday to pay their respects to Formula One legend Ayrton Senna on the 20th anniversary of the Brazilian’s death.

Also attending the memorial service at the Italian circuit were family members and past and current drivers including double world champion Fernando Alonso and Ferrari teammate Kimi Raikikonen and Senna’s team-mate at McLaren Gerhard Berger.

In arguably the darkest weekend in F1 at the San Marino Grand Prix Austrian driver Roland Ratzenberger died in a crash during qualifying on the Saturday. The following day 34-year-old Senna suffered fatal head injuries when he careered off the track at the 190mph Tamburello corner.

Senna was arguably the most talented driver of his generation and over a relatively short ten-year career won three world titles whilst amassing 41 race wins – third on the all-time list behind Michael Schumacher and Alain Prost. He also achieved 65 pole positions which is only bettered by Schumacher. The four-day commemoration at Imola to mark the 20th anniversary of the tragic weekend includes a photo exhibition which also features some memorabilia from Senna’s career.

Fans from across the world gathered to pay their respects at the Italian circuit where sits a bronze statue of Senna – a site where many fans continue to leave flowers in tribute to their fallen hero.

A Tribute to Life Network - 27/04/2012
0
According to the most accomplished Formula 1 racing drivers including Michael Schumacher, there is a driver whose talent and accomplishments have not been beaten... 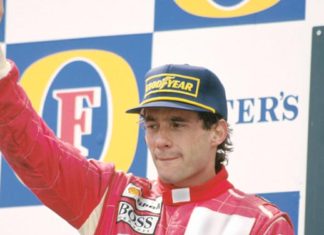 A Tribute to Life Network - 10/09/2016
0
The start had been confused, to say the least. For some reason – unexplained by the stewards of the meeting or other FISA officials...