My name is Thomas Grønvold, I am now 43 years old and I live just south of Oslo, in a small town called Ski.

I started putting some small Youtube projects up a little under a year ago just for fun and for family and friends. I found some old recordings in a box that I wanted to transfer to my Mac and look through and show of to family again. And the first from those old recordings I put up to YouTube was the Video from Imola, I thought it might be interesting for some people. 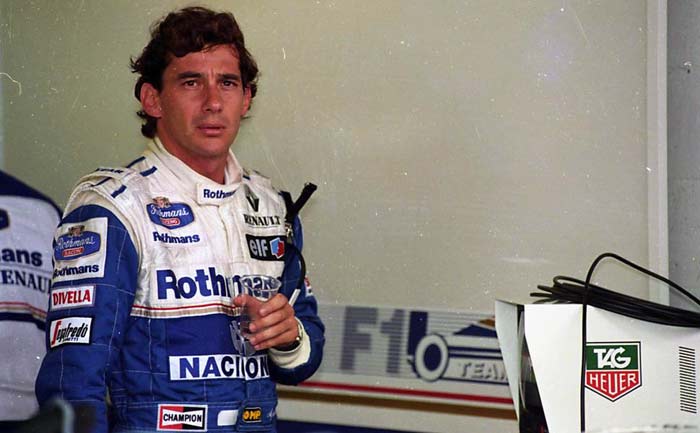 I never expected the response that is going on now.

I was 21 year old at the time of the race, I traveled with my father Alf Grønvold to watch the race and cheer, mainly for Ferrari. Unfortunately Jean Alesi was out with injury after testing at Mugello earlier that year. And actually later that summer we attended a Ferrari driving course at Mugello, Pilota Ferrari.

This was not my first race, the first race I attended was Hungaroring in 1990, Ayrton Senna came second, behind Thierry Boutsen. The main thing I would say about attending a formula 1 race, at least back in the days, is the sound. The sound of the cars is indescribable, you actually have to be there to understand.

This was also my most powerful first impression of Formula 1 when attending, and every time since. I got gusebumps all over by the sound. You can actually see the picture in the video get a little distorted at the start because of the sound of all the cars. Other Formula 1 races I have attended is Monza, Magny-Cours and A1 ring.

The last race I attended was back in 2004 at Hockenheim. After that children and family has come first, and formula 1 wasn’t so exciting anymore for a long period. And I have heard the sound is not what it was anymore either.

We drove from Ski, just south of Oslo in Norway, down to Riccione where we stayed during the weekend, we have some friends in Riccione and in San Marino that we visited as well. We have since I was a small boy had our vacation for many years in Italy. Thats why we didn’t attend the practice on Friday when Barrichello crashed. And actually the only time we haven’t attended Friday practice. But on Saturday we witnessed Roland Ratzenberger’s tragic accident, not the actual crash but enough. We got no information at the track, and only found out later in the evening when we came home from the track that he had died.

On Saturday we came early to experience the whole race-day. It was a somewhat somber feeling after what happened the day before. But we never thought any more accidents would happen, especially since there already had been the serious accident with Barrichello on Friday. That was already to much. So the feeling was that this must be a good day after all that had happened.

I do remember that we sat in the same spot on practice Saturday, where some spectators got injured from debris from the crash in the start of the race between J.J. Lehto and Pedro Lamy. I remember we said it was lucky we did not sit there on race day.

There where were very little information to the spectators during the race, nothing about the condition of Ayrton Senna or anything else. I don’t think anyone thought it was anything near as serious as it was, we thought it was a serious race crash, and that they maybe was extra careful because of what had happened the two previous days, and especially with the death of Roland Ratzenberger, and that’s why it took some extra time before the race started again.

It was not before we reached our hotel in the Alps on our way home again in the evening we found out what had happened to Senna. I asked how Senna was when we sat down to eat, and he simply answered «morto» I could not believe it was true, it felt surreal. We felt really empty after that and lost our appetite.

It was a horrible weekend, but I am at the same time glad we where there, we where part of history, and I will never forget it. What maybe stands out in hindsight is the lack of information to spectators and fans, the whole weekend. And there where no large TV screens as it is today, so no one could see anything either.

I can also tell you that just after I published the video I got an e-mail from a friend of the Ratzenberger family who asked me about the footage as well, since there where were little footage of Roland Ratzenberger from that weekend. So I got to chat on Skype and tell a little about the weekend and to provide some footage I have of Roland to the family who appreciated the new footage that they had never seen.” 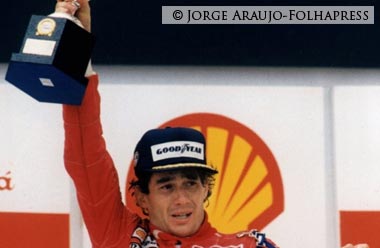 A Tribute to Life Network - 03/08/2012
0
The Motorsport legends tell the story of his best race: Part ten of the series Jean Alesi has his say. The Frenchman told the...