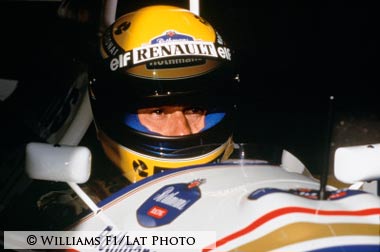 18 years ago on the first May, was a sunny Sunday & everything was ready to start the 1994 San Marino grand prix. Late triple world champion Ayrton Senna was on pole for the third consecutive time of the season. Though he was on pole, he was particulary upset by two events, On Friday during the 1st qualifying session, then Formula 1 newcomer Rubens Barrichello was seriously injured & on Saturday Austrian driver Roland Ratzenberger was killed in the 2nd qualifying.

Few hours before the race started Senna met his fellow drivers & brought an idea of re-creating a Formula 1 Drivers safety association. Since he was one of the senior drivers, he offered to take the leadership. Eventually the race started, but back at the grid a huge accident took place & the safety car was deployed for 5 laps. Driving for 5 laps behind the safety car at a low speed made the temperatures of the tyres low & reduced its pressure.

Two laps after the safety car was withdrawn, leading Ayrton Senna’s car entered the Tamburello corner at a very high speed. Since the tyre pressure was low, Senna’s car touched the ground & lost traction. As a result around 2.15 p.m. the car left the track at 310km/h & hit the wall approximately at 218km/h. The race was halted, & Senna was airlifted to hospital. 37 minutes after the crash the race was restarted & Michael Schumacher won the race ahead of Nicola Larini and Mika Hakkinen, also it was his third consecutive win the season.

Two hours and 20 minutes after Schumacher crossed the finish line, Dr Maria Teresa Fiandri announced that Ayrton Senna had died. But the official time of death was given as 2:17 p.m. This means that Senna died instantly. At the podium ceremony, as a mark of respect for Ayrton Senna and Roland Ratzenberger, no champagne was sprayed.

Investigators reviled that, after the impact, the front right wheel shot up like a catapult, struck his helmet & pushed his head backwards against the headrest which caused fatal skull fractures. In addition a piece from the wheel penetrated his helmet and caused a trauma to his head. Simultaneously a part of the front suspension pierced his visor just above his right eye, which had been the cause of death. After the crash, race officials found a rolled Austrian flag inside the cockpit of Senna’s car, seems that Senna had intended to dedicate his 42nd victory to the memory of Roland Ratzenberger.

Brazilian government declared 3 days of national mourning, was also given a state funeral to Ayrton Senna, in Sao Paulo, Brazil on May 5, 1994. Around 3 million people lined the streets to give him their salute. This Brazilian national hero’s grave attracts more people than the graves of John F Kennedy, Marilyn Monroe and Elvis Presley combined. Also one of the most important freeways of Rio de Janeiro is named after Senna (“Avenida Ayrton Senna”). Also for the next race at Monaco, the FIA decided to leave the first two grid positions empty and painted them with the colours of the Brazilian and the Austrian flag, to honour Senna and Ratzenberger.

After Senna’s & Ratzenbergers accidents many safety improvements had taken place. Although many drivers had died before, Senna had arguably the highest profile. The track layouts were changed, cockpit safety standards were improved andmany more. It was discovered that Senna had donated from his personal fortune around $400 million to childrens charities, which he has kept as a secret.

Since Senna’s death Every Williams car has carried a Senna “S” somewhere on its livery in his honour. The Williams team was entangled in a court case for many years, and subsequently they were found not guilty and no action was taken against Williams. But Senna’s death is mystery yet, some say it’s due to driver error and some say, as Senna entered Tamburello corner his steering wheel came off. However this wet weather specialist’s death has been great loss to the world, Formula 1 & his fans.
“He was an even greater man outside of the car than he was in it.” – Sir Frank Williams 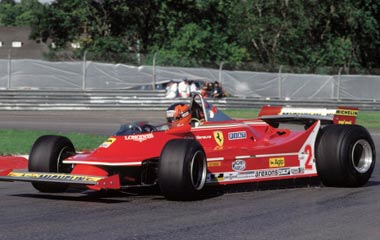 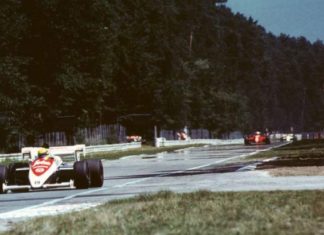