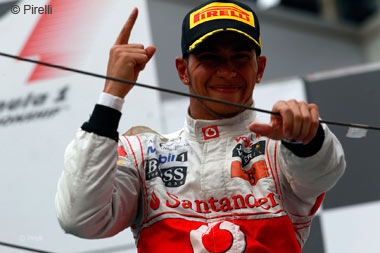 LEWIS HAMILTON is targeting an emotional win in Brazil this weekend to end his Formula One season on a high.

The McLaren ace has never tasted victory at Interlagos but it has been a personal target ever since he was inspired to take up the sport by F1 great Ayrton Senna.

Hamilton, who was first to the chequered flag in Abu Dhabi two weeks ago, said: “It would be very emotional for me if I was to ever win in Brazil because that’s the home of Ayrton Senna.

“He’s my favourite driver of all time.”

Three-time world champion Senna won at Interlagos twice, in 1991 and 1993.When the Brazilian was killed in San Marino in 1994, nine-year-old Hamilton was cutting his teeth in karting and Senna was his idol.Hamilton said: “He’s had a huge impact on my life so a win would be very, very special.”Brazil is a circuit that I’ve never won at. It’s a circuit that I’ve been dying to win at.

“It’s one of the very special, historical circuits.”

The season finale in Sao Paolo provides a different challenge to the drivers as it’s raced at high altitude, with a circuit that runs in the opposite direction to most.Hamilton added: “It’s fantastic to drive — a great climate, a beautiful country, very passionate fans. 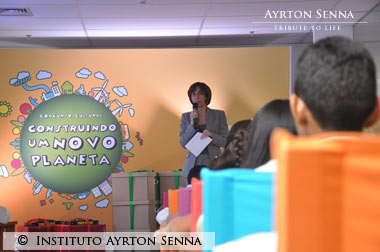 A Tribute to Life Network - 10/02/2012
0
The Edisca (School of Dance and Social Integration for Children and Adolescents) and the Instituto Ayrton Senna have changed the reality of children and...