The graveyard of documentaries that fail to do their stories justice is large and grows every year. Not Senna. In the film’s climactic scene, we are sitting with Brazilian auto racing legend Ayrton Senna as he navigates the twisting course of the 1994 San Marino Grand Prix at speeds topping 200 miles per hour. This is real footage. We’re seeing what Senna saw from the open-air cockpit of the vehicle. We also know that Senna is about to die.

Writing about it is enough to make the heart pound as it did in the theater. As we hover at eye level less than three feet above the pavement, the scene unfolds over an agonizing 10 seconds, then 20 seconds, and finally, after close to a minute of waiting, the film quick-cuts to an aerial view of the race and the accident that we know is coming. It’s as gripping as a documentary gets, as much for the drama on the racetrack as for the fact we care deeply for the person in that car. This is how stories should be told on screen.

For a period of time in the late ’80s and early ‘ 90s, Senna was, along with Michael Jordan, one of the most famous athletes on the planet. His sport was Formula One auto racing, which not only explains why Americans have never heard of him but also why releasing a documentary about the Brazilian legend in this country is something of a cinematic risk. We care as much about F1 as we do about other international sporting obsessions like rugby and cricket, which is to say, just about nil. So the fact that in less than two hours British director Asif Kapadia makes us love a man we’d never heard of and successfully sucks us into the drama and action of a foreign sport is a double accomplishment. Senna is one of the best films of the year, documentary or otherwise.

I don’t think I’m ruining anything by telling you Senna dies. It’s a fact all but announced in the trailers and strongly foreshadowed from the first few scene of the documentary. Had he lived, Senna would be 51 years old today and almost assuredly retired from racing. We tend to romanticize our icons—athletic or otherwise—who die tragically in their prime, as Senna did. That can make it hard to differentiate the man from the myth, especially as time rolls on. What Senna does with such subtle artistry is strip away the money and fame and women—all of which were abundant in his life—and give us a portrait of a man who above all loved racing in its purest form.

This is achieved using mainly conventional documentary techniques: archival racing footage; past and present interviews with fellow racers, friends and family members; and a standard chronological progression. It’s all proof that you don’t have to break any new cinematic ground when you’ve got such a powerful narrative.

Senna first came to Europe in 1978 as an 18-year-old to compete on the go-kart circuit, and he quickly advanced through the minor leagues of single-seater racing. In 1984 he moved up to Formula One, and four years later he would win the first of three F1 championships. To its credit, Senna doesn’t rush through these important early years, pausing along the way to show interviews with the young 20-something driver while concurrently delving into the ins and outs of F1 racing.

As with many big-time sports, money and politics played a large role in F1 racing, and the film makes a pretty good case that the Brazilian phenom repeatedly got a raw deal from the powers overseeing the sport as he moved up the ranks. As storylines go, the one showing Senna’s fierce rivalry with French champion Alain Prost—even when the two were teammates—adds a wonderful spark and a delicious true-life villain who plays the part with aplomb.

In a film about cars racing at ungodly speeds around hairpin turns, restraint is an unlikely virtue. But there is patience at work here that will give you goose bumps. From what must have been thousands of hours of B-roll footage of pre-race meetings and downtime, Kapadia discovered wonderful snippets of the humble and introspective racing star. These shots, like the climactic scene, all last longer than you would expect, as if giving us a chance to see inside Senna’s mind.

The most powerful scene is, of course, one of the last, as our subject sits with a pained expression in the cockpit of his new car, one that he has yet to fully test in competition: Ayrton Senna has a bad feeling about this race, and at that moment we feel utterly helpless. Let the heart pounding commence. 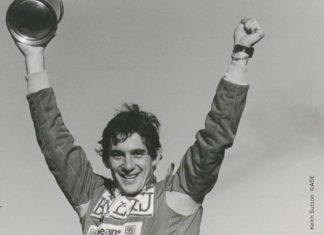 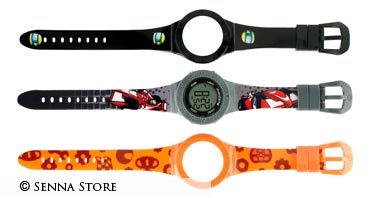