This week, McLaren has posted a video on social media featuring Ayrton Senna’s voice to present the new McLaren 720S, which has just been launched by the brand. Besides remembering the driver who won three F1 world championships for the British team, the video also has Bruno Senna – Ayrton’s nephew – as its protagonist, driving the car at the Portimão Raceway, in Algarve, a region in Portugal where his uncle, Ayrton, lived for a few years. 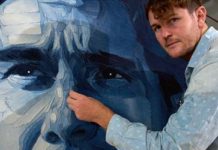