Ayrton Senna’s glorious career took place and sadly ended before the Digital Age had taken hold, leaving major portions of his formative years hidden away on videotape in bookshelves, attics and archives.

The Brazilian’s three Formula 1 world championships have been preserved for the world to see, along with much of his run to win the 1983 British Formula 3 title, but most of his earlier efforts in the EFDA Formula Ford 2000 series and in British Formula Ford have yet to be transferred to modern viewing formats.

Thankfully, this EFDA gem from 1982 at Ireland’s Mondello Park for the Leinster Trophy FF2000 event, with it’s very Irish announcers (“third-place” is pronounced“turd-place,” and whatnot), gives a rare glimpse into the magic Senna brought during the early stages of his open-wheel career.

One of his rivals in the race, and again the following year in BF3, was Calvin Fish, who now serves as one of the top sports car racing television analysts and shared his memories of the Leinster Trophy event with RoadandTrack.com.

“I do remember the weekend; it was one of the most disappointing ones of the season!” he said with a laugh. “We finished second almost everywhere to Ayrton that season, and didn’t there. Senna drove for a team named Rushen-Green that was based at the Snetterton circuit in England and our shop was right next to theirs. We used to venture off to Europe every weekend for a race somewhere, tag-teaming with the Rushen-Green guys, but this weekend, we struggled the whole time.

“We used to test at Snetterton all the time, and because we were based there, we’d go out in the evening after everybody else was finished running—when things were quiet. We couldn’t explain why we were nowhere at Mondello, so we wanted to try and find out what was wrong. We barely got a lap in before the bottom end blew up. That told us why we struggled there. We just got slower and slower as the race went on.” As Fish’s engine soured, Senna put his stamp of authority on the race after scrapping with a few track specialists.

“There were a bunch of Irish locals who did quite well and led Ayrton for a while, so they were quite chuffed to at least have led him for a while before he went on to win,” Fish added. “It was one of those races where local knowledge helped, but it obviously didn’t take long for Ayrton to figure Mondello out…”

His dominance in 1982 was such that the announcers seemed shocked that anyone other than Senna actually led during the event, but it only made for some additional excitement before he drove off into the distance. Sit back and enjoy as one of the world’s greatest further establishes his name as one to watch. You can watch the entire race below. 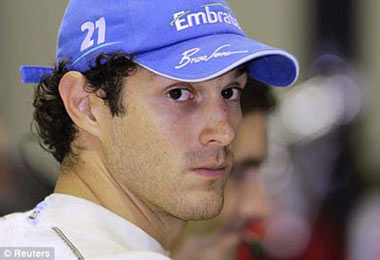 A Tribute to Life Network - 20/02/2013
0
Aston Martin sportscar ace Darren Turner says he was impressed with Bruno Senna after the Brazilian drove the Vantage GTE for the first time... 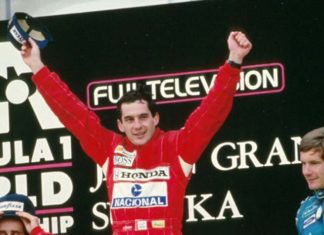