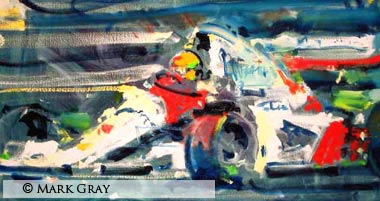 Senna, Asif Kapadia’s documentary on the three-time Formula One World Champion, Ayrton Senna, which won a BAFTA award recently, will be shown by Taj Enlighten Film Society at Globus Cinema in Bandra today. The filmmaker admits that when he began work on Senna 17 years after the legend’s death, he knew nothing about the Formula One racer. He says, “There are a lot of fans of Formula One and Senna in the country.

There’s also much resemblance between Brazil (where the documentary was shot) and India.” Manish Pandey (the scriptwriter) was born in Shimla and Kapadia is from Gujarat. Kapadia says, “There are ingredients such as religion, faith, spirituality and love because of which the documentary will resonate with Indians. The film will even captivate people who know nothing about racing, as it’s a tale of never giving up and standing by what one believes in with dignity.”

The documentary was in the news for its interesting format and not using talking heads, which is the usual style while making factual tales. Kapadia says, “From getting the family’s consent and permission to use old archive race footage, to using audio interviews instead video, everything was a challenge.” He adds, “At first, I didn’t know what I could ask those people to say that they hadn’t already said before, and then there was this realisation that I couldn’t interview Senna himself to tell his story. That’s when the need to have his voice heard became so important.”

Asif will make a film based on the London Olympics next, and then return to a fiction story. He says, “I would love make a Bollywod movie.” 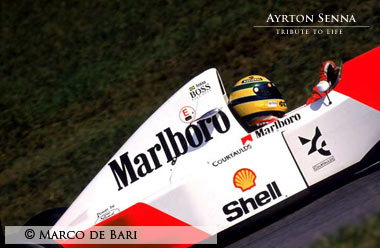 A Tribute to Life Network - 06/12/2011
0
Senna won the Best Documentary prize at the British Independent Film Awards in London last night – one of the biggest accolades it has...