The 1984 Toleman-Hart TG184-2 – which is worth £1million – was driven by the legendary Brazilian during his first season. And garage owner Alex Prindiville claims the three-time world champion – who died at the 1994 San Marino Grand Prix – has started haunting his London showroom since the car arrived in March 2015. 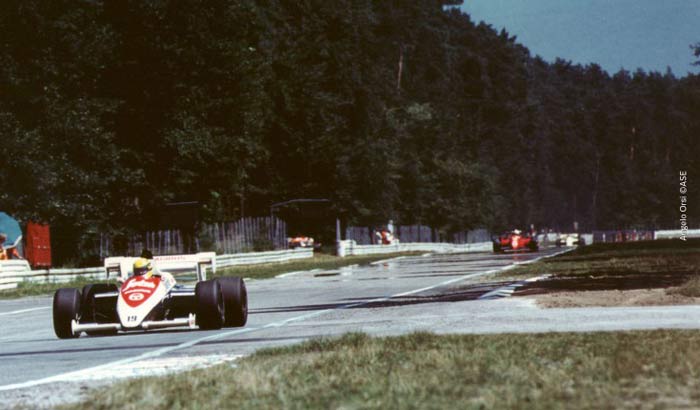 Alex said: “I don’t believe in the paranormal but sometimes when I’m working in our London showroom late at night I feel a presence.

“It’s a change in the atmospherics of the room.

“This only started happening after we took delivery of the ex-Ayrton Senna Toleman-Hart F1 car that we’re selling on behalf of its owners.

“When you’re alone with the car you get a feeling that someone else is there.

“I don’t usually believe in this hocus pocus kind of thing but the first time it happened it really freaked me out and I just wanted to get out of the dealership as fast as I can.

“I can definitely feel the presence of Senna in the car.”

The car helped Senna make his name in F1 after narrowly missing out on a win at Monaco in his rookie year. The 650bhp turbocharged racer is in excellent condition and comes with a full set of studio photographs charting Toleman’s history. Alex added: “It’s an iconic car and he was one of the best drivers all-time – you don’t really see the likes of him anymore.

“It might not be the car he is best remembered for but it is the one where he made his name.”