I buy into the school of thought that there are several GOATs over the history of our sport which has changed immensely in terms of safety, on all fronts. But if forced to choose one GOAT I will give it to Ayrton. [Greatest Of All Time (G.O.A.T)] 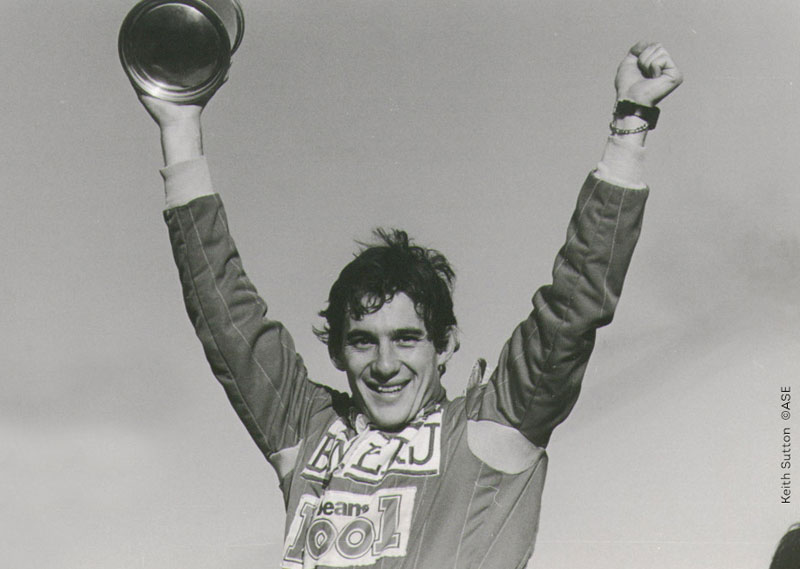 While I often imagine heroes from the sixties, seventies and eighties driving modern F1 cars, I shudder to think what would have happened to some of the crash-test-dummies, we’ve had on the F1 grid in recent years, if they were let loose in cars of that era. During the first two or three decades of modern Formula 1, getting killed was a regular thing motorsport, to the incredible safety levels we have today. Thus ‘F1 GOAT Debate’ will always be contentious and tribal, relative to what era we are talking about.

Time tends dull affections and disaffections. In retrospective contemplation, it becomes easy to forget true history and get caught up in the romance of the past, neglecting the reality of the time. And that reality is: Ayrton was not as universally popular alive as he became when he died live on TV on 1 May 1994.

Thereafter his legacy ignited the imagination of sports fans. His name transcended the limited world of Formula 1 to become a true global sporting icon with the same hallowed status as a Muhammed Ali or a Pele. The universally popular movie “Senna” further inflated the legend and, for us old fans of his, it was redemption.

I look around and see few of the haters that prevailed when Ayrton was at his meanest and best. Before he perished allegiances were divided among F1 fans, I recall numerous heated discussions “in defence of Ayrton.”

In those days British press sided with Nigel Mansell, the French scribes were behind Alain Prost, the Italian journos of course with Ferrari, while the loyalties of the Brazilian scribblers were split between Nelson Piquet and Ayrton. The F1 fanbase at the time was similarly divided.

The oldies, who were around and following F1 in those days, will remember that with Ayrton either loved or loathed him. There was no middle ground for Senna-fans, much like today in the way Lewis has split the F1 fanbase or the way Max divides affections. Alas for them greatness comes with this load. Then, Ayrton died and of course, it all changed, thankfully just about everyone saw the light which had stared us diehards in the eyes long before he stepped into an F1 car, when his name was still Da Silva.