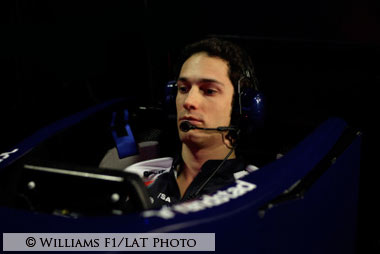 Danish Dynamite gets a Brazilian touch when the FIA World Endurance Championship stops in Fuji/Japan for the sixth round of the season. Former Formula 1 driver Bruno Senna will join Christoffer Nygaard and Kristian Poulsen in the Aston Martin Racing run #95 Young Driver AMR-Aston Martin Vantage GTE in the GTE-Am class. Senna replaces Nicki Thiim, who is fighting for the German Porsche Carrera Cup Championship on the same weekend at Hockenheim and will be back in the Aston Martin for the final two rounds in China and Bahrain.

Bruno Senna, nephew of legendary three time Formula 1 World Champion Ayrton Senna, joined Aston Martin Racing as a factory driver at the start of this season. From 2010 to 2012 Senna took part in 46 Formula 1 Grand Prix for HRT, Lotus and Williams. Young Driver AMR travels to Japan after a strong second place finish in the most recent round at Austin/Texas and is eager to score another podium finish in the Japanese round of the FIA WEC. “I couldn’t be more happy as with the addition of Bruno Senna “, says Young Driver´s Jan Struve. „We knew that Nicky (Thiim) would not be available for Japan and discussed your options with Aston Martin Racing. My dream was to have Bruno Senna in the car and I’m really thankful that Aston Martin Racing made this work. Bruno is not only very quick, he is also a great person and a perfect fit for our team. If you mix up some Danish Dynamite with South American spirit, this can only be a successful combination.“

„I’m really looking forward to have Bruno in the team“, says Christoffer Nygaard. „He won the last round in Austin in a Pro-class Aston Martin, so he also brings tons of new experience to our car. It’s really good to have him in the car in Japan, as we don’t expect an easy weekend. The track is new for us and the race last season showed, that Fuji is a very challenging track for Aston Martin. The competition will also be very tight, as there will be some new drivers around. I hope that we will be able to score another podium finish with help of Bruno.“

A Tribute to Life Network - 27/06/2014
0
As a tribute to Ayrton Senna – the three-time Formula One champion who made Brazil proud with his victories; moreover, with his persistence and... 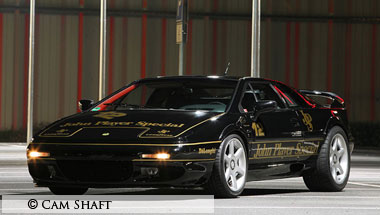