Last December, McLaren unveiled its most track-oriented, road-legal car yet. It was brought to SA recently and I was on hand to see the reveal of the first two models in the country.

It’s a very busy-looking design and there are a lot of features that will draw the eye. Like the wing, it weighs a smidge over five kilograms but plays a massive role in creating 800kg of downforce (at 250km/h). It’s a numbers war with the Senna and it only just starts there. A select group of media folks were invited to the new-and-upcoming Daytona showroom in Melrose Arch today to arouse their senses through sight, touch, smell and sound of the new Senna. Pity, only taste was left out – and by taste, I’m referring to a drive in the Senna – how insane would that be! 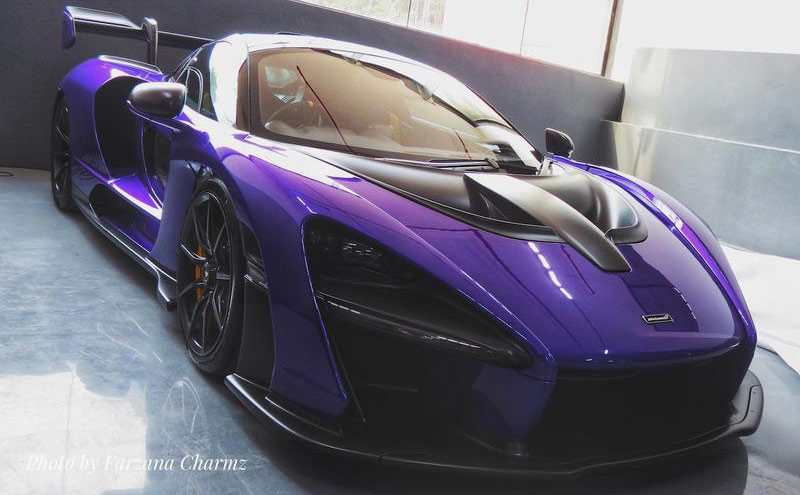 From the limited number of 500 Sennas that McLaren is producing, eight are coming to South Africa and are already all sold – including the two preview models. These ‘preview’ models were marked as number 111 and 123 of the 500. Interestingly, all Senna’s were already sold even before its global launch. The Senna, named after legendary Brazilian racing driver Ayrton Senna, is the latest chapter in McLaren’s ‘Ultimate Series’ line-up and replaces the P1 as the automaker’s flagship model. Beneath all the complicated panel-work sits an M840TR 4.0-litre twin-turbo V8 engine that puts out 588kW and 800Nm. It is the same engine found in the 720S but has been tuned to put out an additional 59kW of power and 30Nm more torque. It’s also 86kW less than the hybrid P1. Furthermore, it’s lighter than the 720S and weighs in at only 1198kg.

It will rocket from 0-100km/h in about 2.8-seconds, it will hit 200km/h in 6.8 seconds, and 300km/h in about 17.5-18.8 seconds. The Senna’s top speed is limited to 340km/h. Despite having less power than P1, the Senna is quicker in every measure, with an exemption to being slower in the 0–300km/h test due to all of the air-slicing aerodynamics. However, McLaren has said that the Senna wasn’t designed with top speed in mind, which is clear from the size of the rear wing and the number of scoops and slices in the bodywork. Which is also why 800kg of downforce is possible.

As can be expected, the Senna has incredible braking power needing only 100 metres to come to a standstill from 200km/h. All these figures translate to a next-gen hypercar battle, where we will find the Mercedes-AMG Project One, the Aston Martin Valkyrie, and maybe even the Tesla Roadster. The front fenders are a quite a sizeable unit but this is because the hypercar’s nose is so long and pointed. Would you believe that it doesn’t even weigh 1kg? That’s right, the fender weighs a mere 660 grams (0,66kg) whereas a front fender on the 720S weighs 2.2kg. No one would even know that the carbon fibre used to construct them is only a millimetre thick. The trio of exhaust outlets on the rear are made from iconel and titanium, and rest assured, they sound as magnificent as they look.

The Senna’s looks has gone under some major scrutiny, as its predecessor has been considered to be one of the most attractive cars in the segment. In this era of everything having to “look a certain way”, I guess that’s what happens with things, people and cars that have a huge wave of hype attached to it. I’m certain the people who can afford it are very satisfied with their purchase as it’s a no-compromise car made for lap times and little else.

Surprising to see, ok wait, what isn’t surprising about this piece of automotive art, but it’s interior has an extremely minimalistic layout. That’s because it has a track orientation, but despite that, you will still find the modern-day creature comforts such as an infotainment system, a rear view camera, and a foldable driver display like the 720S has.

Next to driver, are three stacked buttons meant to control the hazards, traction control and launch control. The launch control button has a raised ring around it, subtly highlighting it’s power. It reminds me of those big red buttons in a glass box you see in the movies that says “Do Not Push” – and all you want to do is… Push the Button. All seats have also been tailored for their owners. The other six Sennas will arrive later on, with 3 more coming through this year and the rest within the course of the next year. If you’re curious about the price, it sold in the regions of R20 million and upwards depending on the amount of MSO spec its owner ordered.

Daytona Group CEO Justin Divaris showed us around the new showroom, currently still a construction site, that will soon become the new home of McLaren, Aston Martin, Pagani and Rolls-Royce in Melrose Arch. These brands are currently housed in a building in Sandton since 2005. The new “candy store for supercars”, as Divaris calls it, will offer many facilities that its vehicle owners can make use of, such as a customer lounge, boardroom hire and free Wi-Fi amongst other things. The “purpose-built facility in a R2bn building” boasts a one-of-a-kind showroom that will share an address with the first Marriott hotel in SA.

For the public, Divaris extends an open invitation to anyone who would like to dine at the restaurant based in the showroom with menu’s and food co-ordinated with the Jamie’s Italian restaurant also in Melrose Arch.

New and pre-owned cars of each brand will have its space on the floor along with a merchandising area. While the showroom has an open floorplan to all the brands, each automaker has appointed its own international designers and suppliers to craft their space according to their respective corporate identity. The new Daytona showroom is set to open by the end of January 2019. 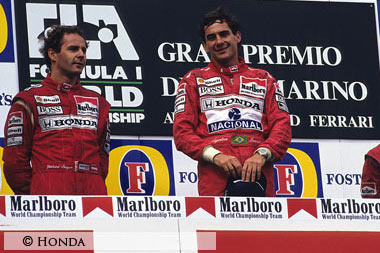 Berger and Senna the pranksters