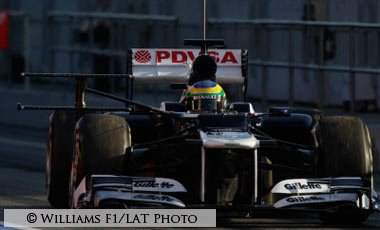 Bruno Senna moved cheerily through the Williams garage at the Circuit de Catalunya last week, offering a courteous nod and smile to the engineers and mechanics working on his car.

Some of the older hands at the team have told him they remember the short time his uncle drove for them. They tell him how he looks uncannily like Ayrton Senna, who was driving just his third race for Williams when he was killed in Italy almost 18 years ago.

Bruno was just 10 when his uncle crashed while leading the San Marino Grand Prix from Michael Schumacher. Senna’s death at the age of 34 drove Brazil into national mourning for the driver who won three world championships in six years with McLaren before being lured to the Williams team.

Now his nephew is preparing for his debut race in a Williams at the Australian Grand Prix in two weeks’ time. He is well aware of the unwritten obligation to guard the legacy of Ayrton Senna.

‘It is important for me to be myself,’ said 28-year-old Bruno. ‘But for me, the name carries a very important legacy for the people, and for the country of Brazil. I know the difficulties, and the great responsibility with this name, because it evokes memories of Ayrton and excellence.

‘It is very important for me not to damage the image, so the pressure is high; but this is a good pressure, not bad.

‘When you get inspiration from a champion, a very complete champion, you can apply areas of this to your life. Even though Ayrton wasn’t there any more, he left me with a philosophy I have never forgotten.’

Bruno Senna remembers fondly go-kart races against his uncle on the track at his grandfather’s farm, and playing games on jet skis on visits to his uncle’s beach home.

‘Ayrton gave me challenges, to set the carburettor on a jet ski, or to make some adjustment on my go-kart,’ said Senna. ‘He wanted to teach me through experience.’

His own mark of respect to the memory of his uncle is reflected in his race helmet, which bears the colours of the Brazilian flag, a design forever associated with Ayrton. ‘This is my way to pay tribute to him and all he achieved,’ said Bruno.

His burden is to be judged against the history of his bloodline to an iconic champion. And while Ayrton joined Williams when the team were beating the world, Bruno has arrived after the team’s worst-ever season when they won a wretched five points in 2011. Since then, the team have had a major overhaul of key technical personnel.

The harsh reality for Williams is that they last won a race in 2004, when Senna was a spectator at Sao Paulo. ‘This is the biggest year of my life,’ he said. ‘I hope I can convince the team to sign me beyond this season.’

Senna’s multi-million-dollar support from companies in Brazil was obviously attractive to Williams, whose other driver, Pastor Maldonado, brings with him vast sponsorship from Venezuela. Yet this is no more than a sign of the times.

‘It’s important to have the commitment of my sponsors, but it’s also important to know they believe I can deliver,’ said Senna. ‘There is great potential in the name, but they wouldn’t be backing me if I was always at the back of the grid. That’s bad publicity.’

His mother, Viviane, who runs the Senna Foundation established after the death of her brother and which benefits two million deprived children in Brazil each year, will fly to several races in Europe this summer.

‘Like all mothers of racing drivers, she will be nervous at the track,’ said Senna, who lives in Monaco but has an English girlfriend. ‘But I am pleased she will be coming to see me.’

His father, Flavio Lalli, died when he was knocked from his motorbike two years after his uncle was killed. After Ayrton’s death at Imola, the family stopped him from racing for the next 10 years; but they relented when they accepted it was the life he wanted to pursue. Even so, his grandfather Milton — Ayrton’s father — will not contemplate attending a race.

‘For years motor racing was a forbidden subject at his home,’ Bruno explained. ‘He was very upset when I told him I was going motor racing professionally, which is absolutely understandable. But it is also understandable this is my life; and I need to do what I want to do. This was always my dream — and just getting here is a massive victory of its own.’

Gerhard Berger, an old friend and former team-mate of Ayrton, provided a formidable ally to get him to junior racing categories in Europe. ‘Gerhard pushed me in the lions’ den,’ laughed Bruno.
In 2008, Senna won on the streets of Monaco in the GP2 race, a breeding ground for F1; and a  circuit where Ayrton weaved his magic to win six times.

Bruno had an ill-starred entry into F1 with Hispania in 2010, then drove the last eight races of last season for Lotus-Renault, winning his first two championship points, before they belatedly told him in December that he would not be re-employed.

‘Fortunately, I was talking with Williams by then,’ he said. ‘They tested me against all parameters, technical and physical, before telling me I had the drive. It’s a privilege to be with a team of so much heritage and history; it’s also so special for me to be part of a team where Ayrton had been.’

Senna’s grandfather is now feeling strong enough in his grandson’s development to take regular calls from him. ‘It takes him almost eight years to come to terms with this, but he wants to know all I am doing,’ he said, proudly.

So does Sir Frank Williams, who announced on Friday that he is stepping down from the board of Williams Grand Prix Holdings plc, in favour of his daughter, Claire, but will remain as team principal. ‘Frank’s passion for motor racing after all these years is inspiring,’ said Senna.

Doubtless, Williams had a wry smile when Senna refused to yield to Schumacher as he tried to pass him, racing for ninth position, on the outside of turn one in the final race of last year, in Brazil.

‘Michael ended up with a puncture when I didn’t budge,’ said Senna, with barely concealed pleasure.

‘All the drivers have a light relationship — until there is a clash on the track. I’m pretty cool with everybody, but Michael came to tell me he wasn’t particularly happy with our close encounter. I just wished him a happy Christmas…’

Clearly he missed not one nuance of his uncle’s career, as Ayrton Senna could not have handled the moment any better. 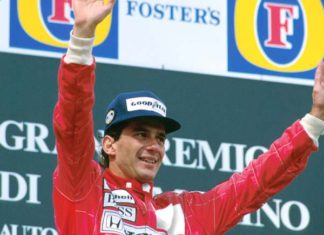 A Tribute to Life Network - 02/10/2012
0
This interview was conducted in the Human Performance International (HPI) Laboratory on Isle Notre Dame (Montreal, Canada) following the 1991 Canadian Grand Prix of... 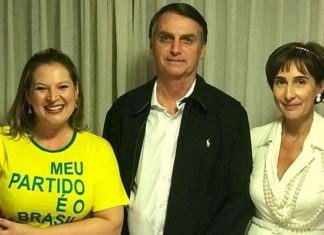