We talked to Dr. Jacques Dallaire, the mastermind behind Senna’s physical and mental training during his entire Formula 1 career.

Dr. Jacques Dallaire, a performance specialist with a doctorate in exercise physiology, has worked closely with a number of professional and Olympic athletes, as well as hundreds of high performance occupational professionals. 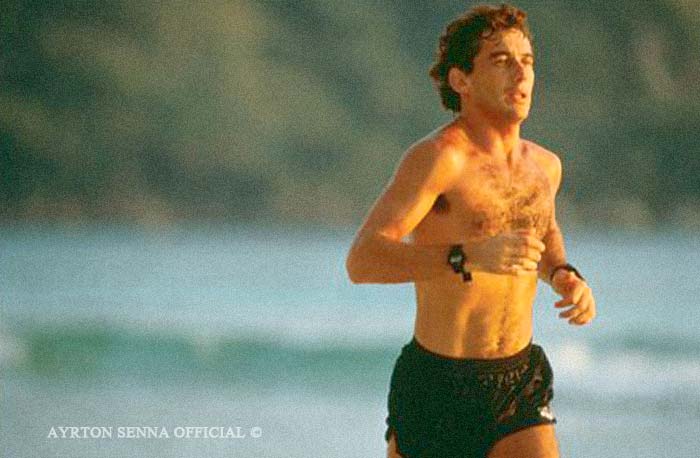 Since he first began his involvement with F1 drivers at McGill University in Montreal in 1983, Dallaire has evaluated more than 725 race car drivers from 47 countries. His most recent book “Performance Thinking” offers insight and strategies to help anyone interested in performing at their highest level to develop the mental skills of a Champion.

“He was a skinny kid back then [in 1984]. He came to our lab prior to the Canadian Grand Prix, and if you remember he endured a very tough time in that race,” Dr. Jacques Dallaire told. “He was not aware of the level of physical demands Formula 1 was asking for. We evaluated his physical fitness in the lab and provided him with a tailored, complete training program.”

Ayrton Senna found a personal trainer in his hometown of Sao Paulo, Brazil. In just one year he managed to increase tremendously his overall physical fitness, but especially his maximum oxygen consumption. “He was a very good student. He put a lot of effort in his physical preparation. He was not afraid to work very hard, and he trained intensively during his entire career,” Dallaire added. The young Brazilian admitted he knew fitness was important to drive an F1 car, but not to what extent.

“He knew it was important to be fit, but he had no idea that he could train specifically for driving a racecar. He did not understand that certain things we asked him to do in training were specifically designed to help him in his F1 car. In other words, Ayrton — like most other race car drivers of the ‘80s — needed to be educated about physical and mental training,” Dallaire explained.

So, what made Ayrton Senna so special?

After a (very) long pause, Jacques Dallaire told us what he thought. “For me, two abilities stood out. Firstly, he was extremely curious and he always pushed hard to improve himself. Secondly, he was an outstanding, phenomenal central processor,” Dallaire said.Let me be more precise. His attitude was a huge factor in his success. He was not afraid to turn over rocks to see if there were any worms. He was inhabited by a gigantic intellectual curiosity. He kept asking questions. ‘Why’s this? Why’s that?’ He needed explanations for everything. He always pushed himself hard to perform better. And he also pushed his teams hard to do better,” Dallaire continued.

The doctor admitted that he has rarely seen in his career an athlete with such an astonishing mind power.Ayrton could drive, yes. But his main advantage came from his amazing ability to focus on the task in front of him. In fact, nothing could divert him from what he needed to accomplish,” Dallaire explained.

“He was committed, just like several other fellow drivers were committed. But it was his absolute focus in the moment and his mental toughness that made the big difference.
“Ayrton was able to adjust his performance to reduce the impact of a problem with his racecar. Let me emphasise that he was not always able to overcome the problem, but it was his natural reaction. Most other racers are disturbed and lose focus if their car has a problem. Senna was never really caught off guard by a setback, and if it happened he immediately adapted his performance,” Dallaire continued.

“Ayrton was a stunning mental processor. He was able to process massive quantities of information in just a fraction of a second. We had tests that clearly demonstrated that. Several engineers say that without any sort of data acquisition systems, Senna was able to recall all his lap times, as well as the engine revs, turbo boost, water and oil temperatures and detailed car behaviour from corner to corner, lap after lap. He was just phenomenal, and solely dedicated to success,” Dallaire ended.