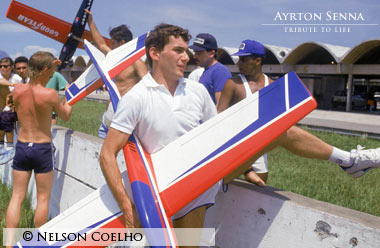 Well, sad for us. For him it was the best way to go. Everything about Ayrton Senna was unique, like a rock star or a movie star. He remains the greatest name in the Formula 1 forever and a day, not jut because of his sheer talent as a driver. He was way more than that.

Technically, Ayron Senna is one of the best drivers the world of motorsport has seen to date. He’s got a bunch of impressive numbers in the bag to prove this: 162 races, 3 world championship titles, 41 wins, 80 podiums, 69 pole positions and 19 fastest laps. And you have to remember he belonged to the era when Formula 1 was still a man’s sport with untamable monsters for cars and safety regs that would sound ridiculous today.

We admire his skills as a driver, but his character as a person is much more fascinating to us. Senna was a kind of person that would fight for the top spot right down to the last damn meter. He had no problem pushing his opponents out of the track or putting them in jeopardy so they either had to back off or prepare for a massive crash. In short he wasn’t afraid of fighting dirty. He didn’t even apologized when he deliberately crashed into Alain Prost because he knew if Alain didn’t finish he’d become the world champion.

But then, he was also the kind of person who would stop in the middle of his race to get out and help a fellow driver who’s crashed! As greedy as he was on the race track, he was generous in real life, donating millions to help under underprivileged people in his homeland Brazil. These paradoxes are what make him such an incredible person.

None of the current Formula 1 champs will ever match him. Sure lots of them can achieve bigger success on the track, but none of them has the awesome character of king Senna.

Anyhow, this is our little homage to the world’s greatest racing driver of all time Ayrton Senna, as today is the 17th anniversary of his death. There is a documentary based on Senna’s life coming out this autumn. That is not the film you want to miss. 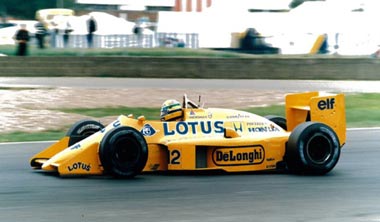 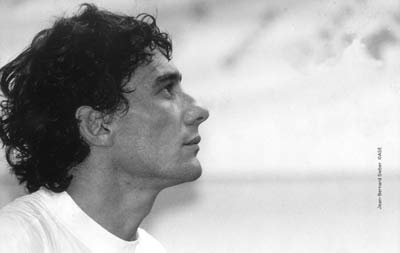