He was born on March 21th 1960 in Sao Paolo, Brazil. He’s a Brazillian racing driver and three-time Formula One World Champion.

He starts his career at 4 years old in karting and moved up to winthe british Formula 3 Championship in 1983. The next year he makes his Formula One debut with Toleman, then he moved to Lotus-Renault the following year and won six Grand Prix in the next three seasons. In 1988 he joined Frenchman and his biggest rival Alain Prost at McLaren-Honda. 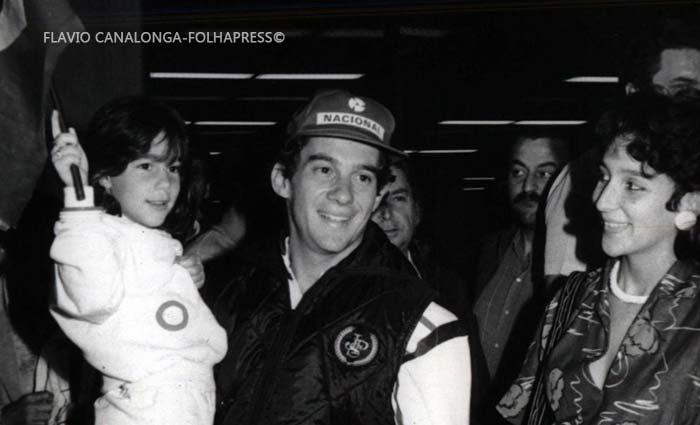 At McLaren-Honda, Senna won 3 Formula One World Champion in a row. In 1992 the team’s performance was down as Williams-Renault began to dominate Formula One. In 1993, Senna finish runner-up as he won 5 races of the season. He moved to Williams in 1994, the last year of his Formula One career as he suffered a fatal accident on the third race of the season at the San-Marino Grand Prix in Imola, Italy.

Death of a Fantastic Human Being

A day before the horrific day, Austrian driver, Roland Ratzenberger was killed in qualifying when his car slammed into the concrete wall at racing speed. Senna was mortally hurt when his fellow driver died. The next day, Senna spent his final morning meeting fellow drivers to get support to increase safety in Formula One. Unfortunately, on that same day he was killed when he crashed his car at Tamburello Corner, hitting the concrete wall at 135mph (217kmh). When he was removed from the car, track officials examined the wreckage and they found an Austrian flag. A victory flag that Senna was going to raise in honour of Ratzenberger after the race.

Senna oftenly expressed concern over the widespread poverty in Brazil, and privately spent millions of his personal fortune on underprivileged children. Shortly before his death he created an organisation dedicated to Brazilian children, Instituto Ayrton Senna.

The Greatest Racing Driver of All Time

Senna is regarded as one of the greatest drivers in the history of Formula One. He was remembered for his qualifying speed over one lap and his amazing talent to drive when condition is wet as he has the talent to sense where the grip is on the tarmac. The way that he can read the circuit and the surrouding is mind blowing to others. From 1989 until 2006 held the record for most pole positions. He also holds the record for most victories at the Monaco Grand prix of 6 wins and is the third most successful driver of all time in terms of overall wins.

For me, he is the greatest racing driver of all time simply because of what he did on the tracks. For me other successfull racing drivers was amazing and brilliant in a number of occations. But Senna, he was spectacular every single time he got in a car.

Had he lived, Ayrton Senna would celebrated his 52nd birthday this year. If you’d see his funeral, you’d know he’s more than just “a racing driver”..