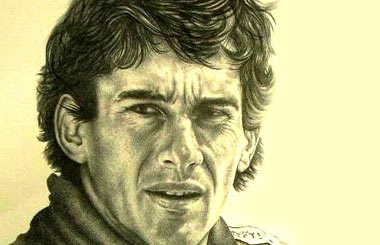 When it came to composing the scenes of Ayrton Senna’s death, the filmmakers had a clear idea what they were trying to do – and what they were keen to avoid.

The film’s writer Manish Pandey explained: “We had certain rules. We were not going to move anything from one date to another. It’s like that all the way through the film but at Imola we were really rigorous about it”.

He stresses their first priority was to “tell the truth” and “leave as many opinions as you can out of it until you’re out of Imola”.
Blame

“We always got this slight sense from Williams of ‘are you trying to do this investigative thing on what killed Ayrton Senna?’” He makes it clear were “absolutely not interested” in doing an investigative piece:

“He died because of bad luck, a combination of circumstances which were terrible.

“We were very clear on [this] fact. I’m not an engineer, nobody’s apportioning blame, but what we needed to do was at the same time give the audience a range of options as to what might have gone wrong.

“The only thing that we felt adamant about – and it was good because Richard Williams felt the same way, Ron Dennis felt the same way – was that it wasn’t a driver error. That was the only thing we wanted to make completely clear. He did not go into, basically, a left-handed kink and make some kind of mistake.

“I remember after he died some of the rubbish rumours going around: ‘he was holding his breath’, ‘he passed out’”.

Pandey described the events of Imola in 1994 as a “cursed weekend”.

“That’s the only explanation I have for it. I’ve missed four races since I was 13 years old and I’ve never seen, and I hope I never will see, anything like that.

“I’ve been watching some old footage of the fifties recently and the closest thing to Imola, for me, is Mike Hawthorn’s massive accident at Le Mans in ’55. I find that impossible to watch”.

The team were also quick to rebuff any questions about how much detail Senna’s death would be shown in:

“The other thing – which I could look Bernie and the family in the eye about and say was we are not going to do anything graphic around the death. No way.

“First of all the footage doesn’t exist. Second, if you tried to give it to me I’d shove it back in your face, or down your throat.

“That’s not what this was about either: here, come and have a gawp. No way.

“This was the death of somebody that we, in the last 80 minutes, came to understand and came to love. And it’s sad enough that he’s going to die and you’re going to see the aftermath of that: what his death meant to Brazilians, his family, to people who weren’t his family.

“We were absolutely adamant that we were not going to make it graphic.

“It’s one of the few mercies, I think, that no-one had a camera on the inside of the corner. Tamburello is a long shot, so you don’t have to see anything”.
“He knew these things could happen”

At the same time, they were aware that presenting F1 as being anything other than a potentially dangerous sport would be misleading.

“He had some big accidents: he had the Mexico ’91 accident which we show in the film, he had one a week later at Hockenheim which was worse: the car was thrown five metres into the air because of a tyre failure at the first chicane.

“So he knew these things could happen”.
“I felt his soul had departed”

Part of the voiceover is supplied by Professor Sid Watkins, the neurosurgeon who spent over two-and-a-half decades as the FIA safety and medical delegate. A close friend of Senna’s, it was Watkins who tended to Senna immediately after the crash.

Pandey said that without his input the death scene would have been handled differently:

“If we hadn’t had Sid Watkins’ words, we wouldn’t have shown [the resuscitation]. But Prof makes that human. When he saw that for the first time he cried.

“He’s 80 years old, and he’s seen some stuff – he’s a neurosurgeon, he’s seen head injuries. But just hearing the emotion in his voice and understanding that it’s such a deep loss but he had to be a doctor in that situation”.

“We used to have the official announcement – the guy who tells you: ‘I’ve just received an announcement from Maggiore hospital: Roland Ratzenberger has succumbed’ – we had him, and we felt it was just too much.

“Once Prof has said: ‘I’m not religious, but I felt his spirit had departed’, you didn’t need to know any more”.

“Because the truth was, it was just bad, bad luck. And that’s the story we tell”. 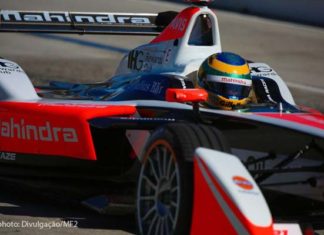 Bruno Senna about his racing plans

A Tribute to Life Network - 19/08/2016
0
Bruno Senna remains relaxed about his current racing prospects despite lacking a seat for the third Formula E season, but hopes to continue in...