For Brazilians of a certain generation, the death of Ayrton Senna is not unlike September 11 or the assassination of John F. Kennedy.Everyone remembers where they were when they heard the news.

Even though two decades have passed, Senna still casts a mighty shadow over both his sport and Brazil. The three-time world champion followed in the slipstream of compatriots Emerson Fittipaldi and Nelson Piquet but his success and popularity left both behind. During Senna’s peak years, between the first title with McLaren in 1988 and his death in a Williams in 1994, Formula One almost rivalled football as Brazil’s most popular sport. Things are different now, in Brazil at least, and Formula One has lost that passionate following. Felipe Massa is the country’s only active F1 driver and Senna remains the last champion. 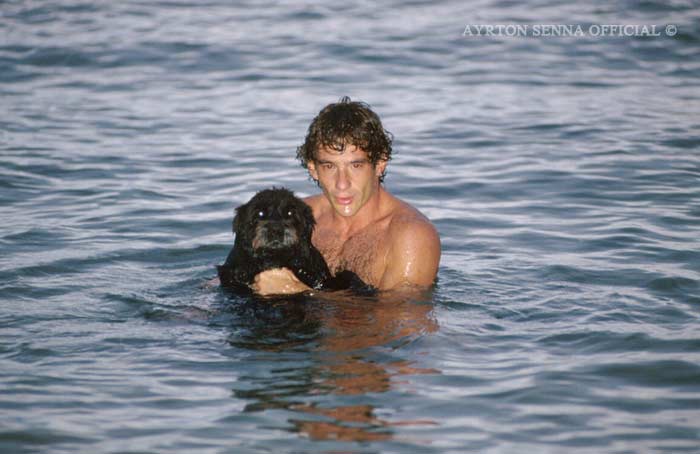 Even Viviane says her brother would today baulk at what she classed ” first a business, second a business and third a business, and maybe a sport in fourth or fifth or sixth place.

“I don’t think it would be just him, lots of people don’t think Formula One is as exciting, she adds in an interview in Sao Paulo, at the Ayrton Senna Institute, the educational charity she runs. The role of the car is even greater today than it was when Ayrton raced. The drivers made much more of a difference back then. Every race was a show, there was always a mishap, something electrifying always happened.”

“Ayrton was called the King of Trouble because wherever he went something would happen. So there was competition back then. It was a sport that had excitement. Today it’s lost that.” – Viviane, nevertheless, says if her brother were still alive he would probably still be involved in the business, perhaps managing a team like past triple champions Jackie Stewart or Niki Lauda did.

She also reveals that, like all drivers, Ayrton had harboured ambitions of driving for Ferrari.

“He always told me that he would like to race with Ferrari. I think he’d liked to have done that before he retired. Now I think he would be involved in racing in one way or another, maybe with a team or as a businessman.

“He also wanted to be a forestry agent in Angra dos Reis, near Rio. When he was in Brazil he always liked to be there or on the farm, close to nature. He said it recharged his batteries so he could spend a year on the front lines in Europe.

“And he’d be involved in the institute. Even though he didn’t understand the issues, he’d learn and be involved. He might not be there on a day-to-day basis, but he’d be close and know what was going on.”

The Ayrton Senna Institute is a non-profit organisation envisaged by Senna before his death and created by his sister a few months after it. Based in his home city, it raises funds through donations and by licensing Senna-related merchandise. The money is used to create and promote innovational education projects to benefit Brazil’s ailing public schools and the cash helps train 75,000 teachers and educational professionals each year. More than two million children are aided annually and the institute is recognised by Unesco for the work it does. Viviane, 57, is one of Brazil’s most respected leaders.

Viviane says Brazil is full of potential but, as the World Cup organisation proves, much of it remains unfulfilled. She points to her brother’s brilliance on rain-splashed circuits as an example of what Brazil sometimes lacks.

“Ayrton was considered the king of the rain, but to be king of the rain he had to fail first. He was leading a kart race in Interlagos when he was 12 and he lost control of the kart in the rain and he spun off,” she recalls.

“And so every time it rained he got in the kart and he drove, wherever he could, he drove till it was dark and he’d come home completely soaked. And that was how he learned to drive in the rain.

“I think Brazil has got much, much better over the last 22 years. There is an immense potential and talent here, like Ayrton had, but talent and potential need opportunities first and foremost and Ayrton had that.”