On the opening lap of the inaugural grand prix in Melbourne’s Albert Park in 1996, Martin Brundle was launched over the rear of two cars on the long straight down to turn three. His bright yellow Jordan was sent barrel rolling into the air and he careered into the gravel upside down at high speed. A few minutes later, after successfully telling Sid Watkins, Formula One’s doctor, the date, Brundle was jogging back through the pits to hop into the spare car, with a thumbs up to the astonished Australian crowd.

As Brundle, now a respected commentator, freely admits: “There is no doubt about it – a few years before and I would have been a dead man.”

He is right. The reason Brundle was able to walk out of his car that day in Australia, nursing just some pain in his ankles, can be traced back to May 1, 1994 and the death of Ayrton Senna.

Ahead of the 20th anniversary this Thursday of Senna’s fatal accident, it is clearer than ever that this was the date that changed everything for Formula One.

Deaths in motor racing had been common enough in the preceding years – Jim Clark, Ronnie Peterson, Gilles Villeneuve were all stars who had perished on the track – but the assumption within the sport was that such tragedies were a result of bad luck and driver misjudgment.

Fast forward to that fateful weekend at Imola, in 1994, and the question gradually shifted from ‘why did Senna crash?’, to ‘why did he die?’ How could Formula One, and Brazil for that matter, lose its greatest son?

When Senna died, there was outrage. Politicians in Italy, the home of Ferrari and perhaps the most F1-obsessed country in the world, called for the sport to be banned. It is arguable that only the loss of Senna could have prompted such a major transformation. His death was a crystallising moment, which enabled the agenda of safety to be truly embraced.

“There was a general complacency in the sport, because no driver had died at a race weekend for 12 years,” Max Mosley, then FIA president, told Telegraph Sport. “People thought we had done enough. It was obvious to us at the FIA that the speed of the cars exceeded the safety precautions in place, but we were constantly rebuffed by the F1 establishment. The mentality had not changed much since the 1960s when it was – ‘if it’s dangerous, slow down’. That, of course, was nonsense.

“Unlike Clark’s death however, Senna’s was a worldwide media event. It provoked a hysteria which forced the old establishment to realise something had to be done. It is a shame it took the death of the sport’s most famous driver, but it was such a high-profile event and prompted such an outpouring of grief that quick action became possible.

“I think Senna’s death allowed those of us in the sport arguing for safety to get changes made. Twenty years on from his crash, the fact no Formula One driver has died since, as well as enormous improvements in road safety, is testament to the scale of the event. That Imola weekend was the catalyst for change on the roads that has literally, without

All this is not to say that the death of Roland Ratzenberger in Imola the day before Senna’s fatal crash would not have triggered a response. But Senna’s demise, after shooting off the dilapidated track’s Tamburello corner at 191mph, ensured an incredibly swift response.

The Grand Prix Drivers’ Association, dormant since F1’s last fatality eight years before, was rapidly re-formed. Corners such as Tamburello were redesigned. A chicane was even installed at the legendary Eau Rouge in Spa for the 1994 race.

In a matter of months, shocked into action by the loss of the three-time world champion, it was determined the size and therefore the power of the engines would be reduced; the size of the front wing and diffuser was reduced to slow the cars down; the height of the sides of the cockpit were increased for better protection, and the front wishbones were reduced to stop wheels becoming loose.

Longer-term, the alterations – agreed upon by a safety group headed by Prof Watkins – were much more fundamental, to road safety as well as Formula One. Although they are often derided, the Hermann Tilke generation of tracks are designed to allow huge run-off areas. The monocoque of the car, where the driver is housed, has gone from being flimsy to almost impregnable. A comparison of Ratzenberger’s crash and that of Robert Kubica, in Montreal 13 years later, illustrates the point.

David Coulthard, who straddled both periods and was Senna’s replacement at Williams, says: “The thoughts that might have occurred to other people – is it safe to get in this car? – never occurred to me. I was a 23-year-old making my way, so you don’t think about death. The thought process is simple: It doesn’t happen to you.

“It was a massive wake-up call that it could happen to Senna, the best driver in the world. But the fact that he had been killed by the suspension hitting the helmet – a sort of freak occurrence – in some ways similar to the Felipe Massa accident in 2009, gave some comfort to the other drivers at that time.”

That is the mentality of Formula One drivers. But Senna’s accident gave those who governed the sport the mandate to reform safety. It had become unacceptable, in the public’s perception at least, to die in the name of sport.

For many this week the anniversary will be a reminder of how untimely the Brazilian’s death was, and how much more he could have achieved in the sport, and in life.

Two decades on, it should be remembered his accident not only helped save the life of Martin Brundle, just two years later, along with a number of other Formula One drivers, but tens of thousands on the road. Arguably, that is his most tangible legacy. 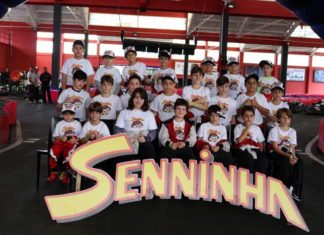 A Tribute to Life Network - 03/02/2017
0
The Ayrton Senna Karting Championship held on Saturday 28 January, host the second edition of the 12-hour Kart Webmotors. Bringing together in Interlagos riders... 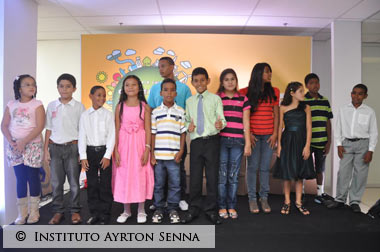 A Tribute to Life Network - 08/12/2011
0
The Cultural Contest 'Building a new planet', promoted by the Instituto Ayrton Senna in partnership with Nestle, awarded on Wednesday in Sao Paulo 12...