It was the realisation of a dream for circuit owner Tom Wheatcroft, who had bought the circuit in 1971 in the hope of restoring it to its pre-war days (as the circuit had been closed since acting as a military transport base during the war). Wheatcroft had always lived near the circuit and used to cycle 30 miles to watch races there, crawling through a hedge to get in. “You had to be there to know what it was like,” Wheatcroft said of the early races. “The W125 Mercs and the V16 Auto Unions were doing 170mph by halfway down the straight. The noise and the smell and the speed – we hadn’t seen anything like it before.”

The circuit was part of the Donington Hall estate, and Wheatcroft had purchased it for around £100,000. At considerable cost the circuit itself was renovated and reopened in 1977, and the Melbourne loop added in eight years later to extend the circuit length to 2.5 miles and make it more suitable for grand prix racing.

In 1993 the scene was set for Formula One’s biggest rivalry to continue. Alain Prost had returned to Formula One after a year out, joining Williams with the only clause he insisted on being in his contract stating that Ayrton Senna couldn’t be his team-mate. In the dominant Williams, with no love lost, Prost won the season-opener from Senna at Kyalami, and led in Brazil before hitting Christian Fittipaldi’s prone Minardi, allowing Senna to win at home. Senna knew that the Williams was superior to his McLaren, however, and had long had designs on driving for the team after Nigel Mansell’s domination of the 1992 season. He was so uncertain of how competitive any other team could be that he would only commit to a race-by-race deal with McLaren, and as a result Senna arrived at Donington with an air of damage limitation.

The reality of holding a race in England in early April saw the inevitable rain arrive to wash out Friday’s running, but Saturday was a sunnier affair, allowing all of the field to display the genuine pace of their cars. Senna’s fears were realised in qualifying, as Prost was 1.7s quicker than him around the short 2.5-mile circuit, as Williams locked out the front row and Michael Schumacher took third. Senna was fourth ahead of Karl Wendlinger in the Sauber and Michael Andretti in the other McLaren.

The rain returned for race day on Easter Sunday though, and although there was considerable interest in the race – with royalty present in the form of Princess Diana – it was a small crowd and a wet track greeted the field as they lined up on the grid. With traction control still allowed, the cars were theoretically easier to drive in wet conditions, and so it proved off the line as Prost got away well ahead of Hill, while Schumacher focussed on defending from Senna in to turn one, allowing Wendlinger down the inside past the pair of them. Senna jinked back to the inside and beat Schumacher on the exit, before outrageously driving round the outside of Wendlinger through the Craner Curves to beat him in to the old hairpin.

Senna’s ability to find grip on the first lap was astonishing, and no sooner had he dispatched Wendlinger then he eased his car down the inside of Hill in to McLean’s for second place. Prost had made a slight gap, but Senna took three corners to erode it completely before sliding his way past under braking in to the Melbourne hairpin to take the lead, going from fifth to first in ten remarkable corners.

Wendlinger’s race didn’t make it past two miles as he and Andretti tangled exiting McLean’s, taking both out of the race and promoting the impressive Rubens Barrichello in to fourth place ahead of Jean Alesi and Schumacher.

While he displayed such overtaking nous on the opening lap, Senna outlined his prowess in the wet on the second to quickly open up a lead of over four seconds by the end of lap two. The track soon began to dry out though, and the gap was beginning to shrink as the drivers tried to judge the best time to switch to slick tyres. Hill was first to stop from third, forcing Senna’s hand and allowing Prost to lead from Barrichello as traffic was an issue around the relatively short lap.

When Prost pitted for slicks on lap twenty, Senna regained the lead, although he had a worrying moment when Mark Blundell and Christian Fittipaldi – fighting between themselves – failed to notice the McLaren behind. Blundell blocked Senna before spinning off at the Esses as it began to rain again, and Fittipaldi turned in but just avoided major contact with the leader.

Prost immediately pitted for wet tyres once again, and with Schumacher spinning out it appeared to be a good call. Hill also changed tyres but Senna stayed out on his slicks, further extending his lead before switching back to wets.

The conditions were causing havoc in the pit lane though, as the rain soon relented and the track dried again. Once more it was Prost who changed first, and when Senna followed suit the next lap he suffered a cross-threaded wheel nut on his right rear, relegating him behind the Williams. Prost was always aiming to pit at the first sign of changing conditions, and he did so again as more rain came, but the short shower caught The Professor out and he was forced to switch back to slicks almost immediately. He then stalled in the pit lane and rejoined a lap behind Senna, who had mastered the wet track on slick tyres.

Hill was now third having pitted twice like Prost, with Barrichello ahead of him, but he too pitted before a fuel pressure problem six laps from the end robbed him of what would have been his maiden podium. At the front, Senna continued serenely on his way, lapping all those behind him before coming in to change to wet tyres late on but having to drive straight through the pit lane as McLaren wasn’t ready for him. In doing so he set the fastest lap of the race due to the nature of the Donington pit lane entrance being only half way down the straight towards the final Goddards hairpin.

He finally got wet tyres back on his McLaren, allowing Hill to unlap himself, and then cruised home as the rain intensified. The little over 30,000 who had braved the conditions had seen an absolute masterclass as Senna read the conditions perfectly and embarrassed all of those around him, most notably Prost who stopped seven times to Senna’s four. 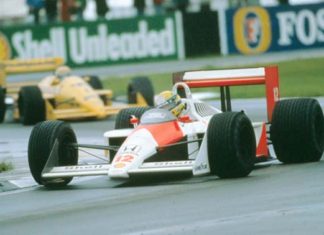 A Tribute to Life Network - 20/08/2016
0
Through the first seven races of the Formula One season, fluctuating from extremes of heat and cold, confusion and muddle, good circuits and bad,... 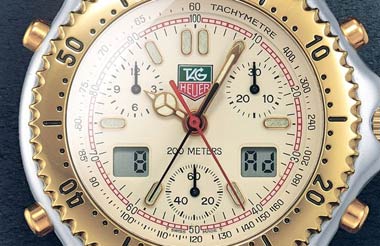