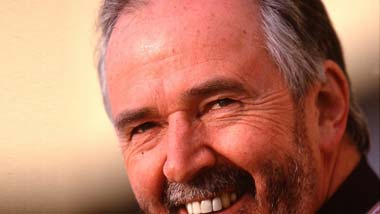 Maurice Hamilton, 68, is a British sportswriter and commentator who has covered Formula One since 1977. He was The Observer’s racing correspondent from 1990 to 2010 and worked as a BBC Radio commentator from 1989 to 2010. He contributes to newspapers, magazines and websites, including ESPN’s Formula One blog. He spoke with Brad Spurgeon of The International New York Times.

Q. With so many books on Ayrton Senna, what does your new book add?

A. In my archives, there are more books on Senna than any other driver. Michael Schumacher runs him a close second. Because his career has been covered in such great depth, every race covered, everything — it’s all there for you — we had to find something different. We decided not to go race by race, because that has been done, but to choose races that were significant, particularly from a McLaren point of view, events that were significant, from a McLaren point of view.

A. I think it’s because he brought such drama to his racing, to Formula One, to the championship. In everything he did there was a certain excitement and passion. His driving, the incidents he was involved in — he was such a fantastic guy to watch, he got involved in these controversial incidents. The fight with Prost is well documented and well remembered.

And then, I’m afraid to say — it’s a terrible thing, but it’s a fact of life — is that his death was televised. The comparison that I draw — because I’m of a certain age — is the death of my hero, Jim Clark. He was killed at Hockenheim in a Formula 2 race in 1968. I’d heard a bit on the news. But I couldn’t find anything about it until I read Monday’s paper. You compare that to what was going on with Senna: Senna was killed in the living rooms globally. And that had a profound effect.

Q. Is Senna’s image different today than when he was alive?

A. I had a run-in with him very early on, a disagreement — he didn’t like something I had written and we had a verbal set-to in the paddock at Paul Ricard, the French Grand Prix. He was very wary of me after that. I loved watching him; I saw his pole position at Monaco in ’88 and various other years, and I can remember it as clearly as if it was yesterday. But I didn’t like what he did in 1990 with Prost. So I had mixed feelings.

I knew him a little bit, but not very well. What has adjusted my thinking is having done this book and the interviews with the people who worked closely with him at McLaren — from the guy who runs the stores to the catering to the engineers to the mechanics, everybody, and the affection they had for him. It really was quite striking. Yes, they knew he was a hard man; yes, they knew that if you got it wrong he let you know. But he was a very caring person, and he had a personal relationship with them all. I was struck by the deep sense of loss they felt when he was killed. I don’t think it affects my feeling that he was a hard man, and he was ruthless. But I feel I was privileged to see him race and do the things he did because they were very, very special. 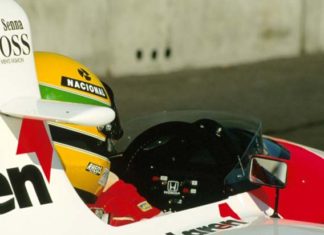 A Tribute to Life Network - 20/10/2016
0
1991 season saw big progress by the Williams Renault team that had it running close to the McLaren Honda team that had won the...