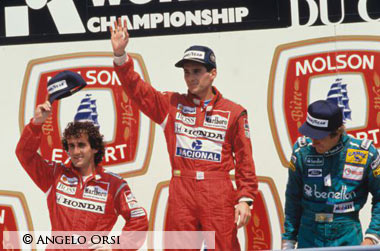 “Prost crashed Senna to win the championship, although if you watch the video a thousand times you’ll see it’s not entirely clearcut either way. Prost didn’t think Senna was close enough to get inside, turns out he was. An incident, it happens.

That other incident between them was pretty well explained in the Prost interview . Senna was unhappy about the grid layout, and decided ahead of time he’d shunt Prost if he got ahead into that turn. A real crappy move.

I have great respect for Senna as a driver. He had uncompromising focus and determination. His choices at times were different than what mine would have been, but he accomplished great things nonetheless.”

That wasn’t the real reason, as Senna later explained, but it was the reason he gave at the time. He was pissed at Jean-Marie Balestre, then head of F1–an absolute prick. In ’89, Prost took out Senna, let’s not kid ourselves. Prost stalled his car as a result and was done–push starts weren’t allowed.

Senna, his front wings and nose askew, but having lost about 30 seconds because of the melee, rejoined the track along an escape road that fed onto the front straight.

The rules had a statement saying that cars had to rejoin the track from where they left the track, if they went off course for some reason. It wasn’t feasible for Senna to do this, so he pulled forward, in and around tire barriers, and got back onto the track.

With Prost having taken himself out, and Senna having rejoined, Ayrton drove the full lap, pitted, replaced his nose and wings, and rejoined in P2. He chased down Sandro Naninni, passed him, and won the race and the title.

No clear rules governed what penalty would be exacted for not rejoining from the place a car left the track, nor was it clear if that rule was simply meant to govern fully-abled cars that just slid off track. In Senna’s case, his car was damaged. The genreal belief was that the rule was there to discourage a driver from going straight at a chicane, or similar, and being allowed to pass the cars he swept by when straightlining the chicane.

Balestre, draconian as hell, exluded Senna from the race!!!

They didn’t call him in during the race for a stop and go, 10 second penalty, or anything else. To those used to or familiar with F1 after the Senna or Balestre years, I’ll just say that things are WAY better now in terms of rules and clarity. Back then, Balestre ruled like a dictator, and made sweeping, solo calls on whatever he wanted to.

So, after being excluded from the race, Alessandro Nannini being handed his first win, and Prost being handed a championship, Senna, in 1990, exacted his revenge on Prost to a degree, but moreover, Balestre for manipulating the 1989 championship unjustly. Everybody I knew back then, be it a Prost or Senna fan, thought Senna got jacked by Balestre. The Prost/Senna accident was hotly debated, but the FIA’s actions were transparent at best.

After the 89′ season ended, Senna ripped Balestre a new one for the ridiculous penalty and handling of the situation. Balestre then, and publicly, stated that Senna was banned from racing in F1 (Balestre personally revoked Senna’s Superlicence) until he sent Balestre a personal apology!

We’re not talking about being banned for calling the sport into disrepute, but for the president of the FIA being personally insulted. There were no meetings, no convening of the FIA delegates to discuss and enact a penalty upon Senna–Jean-Marie didn’t like what Senna said, so he banned him. It was crazy back then.

Senna had to fax Balestre an apology after almost quitting. I recall seeing that fax printed in an issue of Autosport and being blown away at the FIA/Balestre forcing the greatest driver in the world to cower in order to get his racing license reinstated.

For those wondering where this info comes from, Senna spilled the beans in the 1991 Japanese GP Thursday press conference. Balestre had been ousted and replaced by Max Moseley, so uncorking the truth behind his actions didn’t carry the fear of being banned from F1. Again, there were no rules stating he couldn’t speak his mind in Balestre’s time, but nor were there rules defining what an FIA president could or could not do to a driver.

The Concorde Agreement was a decree between the FIA and FOCA, and covered the relationship, entries, and money arrangements between F1 and the teams. There was no such driver’s agreement, so the FIA, or Balestre, did whatever the bleep he wanted with impunity.

No such deal today. 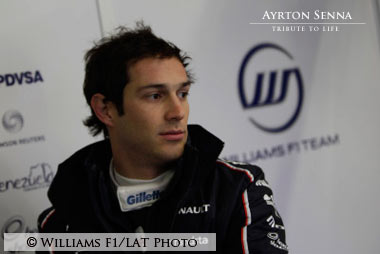 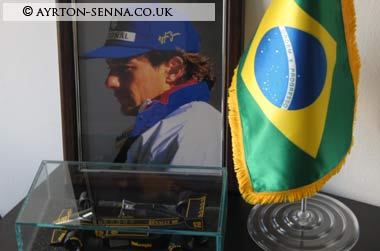