1st of May, will open the interactive exhibition “Senna Emotion,” the most important exhibition about the history of the personal and professional Formula 1 driver and tri champion Ayrton Senna da Silva. The facility will occupy 200 m2 of the Metro station in Sao Paulo, where it will remain on display until June 3. The space is in the boarding area and access is free for users of the subway.

In the “Pole Position”, the visitor will feel close to what is to be a Formula 1 racer, through projections and sounds simulating a race. In “Race Start”, the public will still know the details of the pilot, choosing, through gestures, video testimonials of great Formula 1 drivers, leading figures in motorsport and other important names in the life of Senna. Also through gestures, upon entering the room of the “Circuit”, the visitor triggers a magical book that simulates an old album photos, with the rider’s performance in all categories: Kart, Formula Ford (1600 and 2000) , Formula 3 and Formula 1.

In the room “Pit Stop”, the audience will take a trip through immersive and exciting races of the Formula 1 backstage and experience the sensation of follow Senna during his great moments. Will also experience one of the biggest attractions of the exhibition: through technology “Video Mapping”, becomes a scenic drive in cars that Senna raced in Formula 1. With just one touch, the visitor triggers an audiovisual show that simulates the four escuderias in which Senna raced in F1: Toleman, Lotus, McLaren and Williams.

In the room “GP Brazil” is revealed the great Senna connection with the country, through its spectacular victories in the GP Brazil, an old wish of the pilot. A video projection shows the emotion of Senna’s first victory in Brazil F1 GP and other moments of the pilot, as images of him with the GP Brazil Trophy, won in 1991 at the Interlagos circuit in Sao Paulo. Visitors can also see the trophy that will be exposed.

In the last area of ??the exhibition, “Podium and Legacy”, the audience will follow the legacy of Ayrton Senna, both in motorsport, and in the social area. Even in this room, through the Augmented Reality technology, the public may also see one of the trophies of the pilot, which will be played virtually in their hands, make a picture with the trophy and send the registration email. 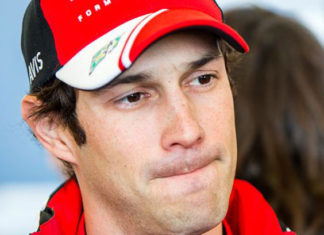 A Tribute to Life Network - 03/03/2018
0
Join Bruno Senna on a tour of the McLaren Technology Centre, tracing the footsteps of his iconic Uncle, meeting the engineers who raced with...