His sublime skill, talent and charisma dominated the Formula 1 landscape for a decade before the sport almost had its heart completely ripped from it on a black weekend at Imola in 1994.

This was a man with such intensity and a will to win that is was both majestic and frightening. This was a man who demanded perfection in his expectations – his car and the team for whom he drove – and the likes of Toleman, Lotus and McLaren felt the benefit and the pain in equal measures. Deliver him the complete package and he would be sublime, but if you failed to meet his unwavering demands, you were discarded in search of a better option.

Having finally landed the seemingly championship-winning Williams Renault seat he had so coveted, Senna seemed set to profit from what should have been another period of success, perhaps a fourth (or more?) World Championship was at his beck and call? But it was all over before it had barely begun.

Born into the affluent suburbs of Sao Paulo, Brazil, Ayrton took up karting at a young age. With eight very successful seasons of karting under his belt – although, incredibly, never a World Championship title – he moved to Britain in 1981 to compete in Formula Ford. He took twelve wins and romped to the 1600cc title, returning the following year to claim the 2000cc crown with even greater dominance, winning all but six of the season’s 27 races.

Formula 3 was next up. Joining the crack West Surrey Racing team, he found himself engaged in a tremendous scrap for the title with Martin Brundle, who steadily clawed back Senna’s early-season margin. Ultimately the title went to the Brazilian, and after testing opportunities with Williams and McLaren, he joined up with the little Toleman team for the 1984 F1 season.

Toleman had achieved little in its previous years of Formula 1 competition, but Senna quickly put the world on notice with a commanding drive to second place – in just his sixth race for the team – at the rain-soaked Monaco Grand Prix. Poised to challenge Prost for the lead when the race was controversially stopped, Senna was incandescent with rage, although the truth of the matter is that he would have retired with a rear suspension failure had the race run for another lap.

Nonetheless, he’d made his mark on the sport and at a venue where he would win (a still insurmountable) six times. With it becoming abundantly clear that Toleman wouldn’t be able to progress at the same rate as he could, Senna wriggled his way out of his contract with the team – a move which would ultimately lead to its collapse – and joined Lotus for 1985.

In his second race in the black-and-gold cars, Senna claimed his first win: a masterful wet-weather drive at Portugal where he almost lapped the entire field. A rain master, qualifying specialist and street circuit ace, Senna would claim 16 pole positions in his three years with Lotus, but only six wins, often on account of the car’s customary fragility.

His ruthless streak also began to show at this point. He had little hesitation in forcing a driver off the circuit to keep or gain a position (as Nigel Mansell would find out to his cost on several occasions), or in engineering his number-one status to ensure he had a compliant, subordinate team-mate at his disposal.

With McLaren looking like the place to be, Senna moved to the Woking team and took Lotus’ Honda engines with him to join the squad alongside Alain Prost. Faced with his sternest team-mate yet, Senna had to let his speed to the talking on the track, and his mind games perform the magic off it. Despite the 8-7 win tally in Senna’s favour, his first championship crown was earned rather more dominantly than that margin would suggest.

The second year together saw the pair’s relationship collapse as each sought to get one over the other. Deals were broken and insults flew, but ultimately it was Prost who levelled the score with the title – earned controversially at Japan when the pair collided – before he up camp and moved to Ferrari.

With his number-one status assured, Senna took the 1990 crown, but he and Prost were still to be engaged in more controversy – this time Senna rammed the Frenchman off the road at Suzuka to ensure a second title would be his.

His 1991 championship challenge opened with a record run of four successive pole positions and wins, but McLaren’s charge faltered as the rival Williams team came on strong. But he kept it together in the final races to keep Nigel Mansell slim championship hopes at bay, capping off the best of his three championship triumphs.

The next two years saw Senna and McLaren play the role of underdog as Williams finally got one up over McLaren in the technological battle for supremacy.

Nonetheless, despite being severely handicapped by his machinery, Senna still drove mightily to claim brilliant against-the-odds wins at the 1992 Monaco and 1993 European Grands Prix (pictured right).

Having finally landed the Williams seat he’d so desired – it having taken Mansell and Prost to successive titles in the previous two years – it was hard to see how anyone could stop him claiming a fourth championship title.

But the new rules – banning active suspension and electronic gizmos – had made the new FW16 an ill-handling and unpredictable car. Although he’d driven heroically to give the car pole positions at Sao Paulo and Aida, he’d retired from both.

His 1994 season, therefore, would start at Imola. It began ominously with Rubens Barrichello’s practice accident, followed by Rold Ratzenberger’s fatal crash in his Simtek on Saturday.

Again he put the car on pole, and a start-line accident saw the Safety Car brought out. With the track cleared, it peeled in and he raced his final full lap in anger, just ahead of the man who would ultimately steal his mantle as Formula 1’s next hero.

A lap later, approaching Tamburello, his Williams failed to take the corner and he hit the wall at over 130mph. Were there a tyre barrier in place or had he hit at a different angle, he’d had survived the accident. But as fate would have it, a suspension piece shot up and pieced his helmet.

Technically brain-dead when the expert medical team removed him from the car, he would be pronounced officially dead at the nearby Maggiore Hospital at Bologna later that afternoon.

His (and Ratzenberger’s) death make headline news around the world. I personally remember the announcement of his death headlining the evening news, ahead of the confirmation that Nelson Mandela had been declared the winner of South Africa’s first democratic elections.

The FIA responded quickly and brought in a raft of safety measures – some brilliant and others perhaps more questionable – to improve driver and spectator safety, while the rest of motorsport community battled to come to terms with the death of a man who had seemed immortal and touched the lives of millions around the world.

Mercifully, Formula 1 continues to be fatality-free – a claim that few championships around the world can make over a similar timeframe.

But while his death would usher in completely new chapters for the sport and its legion of fans around the world, the scars and the pain of his death remain forever more. 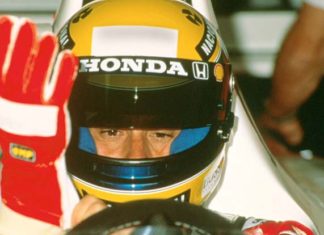 A Tribute to Life Network - 02/11/2017
0
The practice sessions for the 1992 Belgian GP were marked by an event that went down in motor sports history: Erik Comas, Ligier’s French... 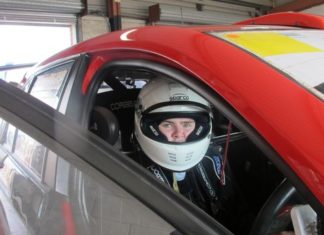 Could he be the another Ayrton Senna?

A Tribute to Life Network - 18/04/2018
0
A Lincolnshire teenager is hoping to be just like his hero Ayrton Senna and be one of the top racers in the country. Lucas...