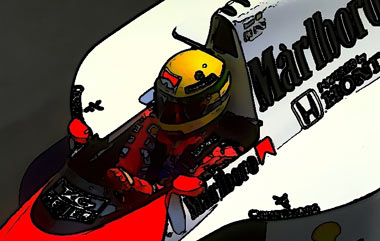 THE chauffeur driven cars carrying Lewis Hamilton, Jenson Button, Fernando Alonso and Sebastian Vettel grind slowly along in a ­smoggy, hot jam on the road to Interlagos, close to the cemetery where Ayrton ­Senna lies.

Most drivers have paid their respects since 1994 at the peaceful oasis among the luxury high-rise apartment blocks, but the foot traffic to the grave has been busy again after the global success of the Senna film in the last 12 months.The award-winning documentary has played to packed houses from Sao Paulo to Stevenage, giving a great insight into his brilliance.

Hamilton was only nine years old when Senna was killed at Imola, but such was the man’s charisma that, this weekend, the 2008 world champion is wearing a specially prepared helmet that uses features from both their designs.

That will be auctioned to raise funds for the Senna Foundation, but it is also probably the closest Brazilians will get to success this weekend in their home grand prix.

The fervour remains in Sao Paulo for Formula One, but this is the 20th anniversary of Senna’s third and last world title for Brazil.

In recent years the crowds have had to watch Fernando Alonso, twice, Kimi Raikkonen, Hamilton and Button win their titles around the great circuit. The cruellest blow was when Felipe Massa’s family celebrated his ‘win’ for five seconds three years ago, only to discover Hamilton had overtaken on the last corner to seal fifth and the point he needed to snatch the title away. In a Ferrari, Massa should have a chance, but he has not been higher than fifth this season and has only 108 points, less than half the total of team-mate Alonso.

Somehow he still has a contract for 2012, which is more than can be said for countryman Rubens Barrichello, 39, another from Sao Paulo, who will be dropped by Williams. Barrichello has been around since 1992 but, despite his desire to continue, tomorrow looks like being an emotional swansong.

That leaves Bruno Senna, seen in the movie as a small boy with his uncle, whose death delayed his entry to motorsport as the family tried to steer him towards other pursuits. He has done well since being drafted in by Lotus Renault in mid-season after a year with HRT, but is still negotiating a new deal. “The movie has only awakened the spirit of Ayrton to people,” said Bruno at the circuit where his every appearance in the paddock brings people running. “Everybody is completely touched by the movie, but that hasn’t changed anything from my perspective.

“People in general, especially in Brazil, are very supportive of my short Formula One campaign, so the pressure is on. It has been on since I started and it’s not going to change.” Seven-times world champion Michael Schumacher, who wept when he passed Senna’s record of 41 wins, said: “Being able to race him [Ayrton] over here and having had those years together, it’s a privilege and I’m very honoured to have done so.

“It’s great to see that none of us – and even outside [the sport] – forget what Ayrton has done, as if it was yesterday.”

Memories are all the Brazilians have now. Britain has had four champions since Senna’s last title ended an era of success with Emerson Fittipaldi and Nelson Piquet.

Hamilton’s weekend got off to a great start here at Interlagos as he was fastest over the two practice sessions, with the two Red Bull cars, Sebastian Vettel and Mark Webber, Ferrari’s Alonso and Massa and his McLaren team-mate Jenson Button behind.

All eyes will be on German ace Vettel, who will be out to break Nigel Mansell’s record of 14 poles in a season today, set in his title-winning year in 1992. 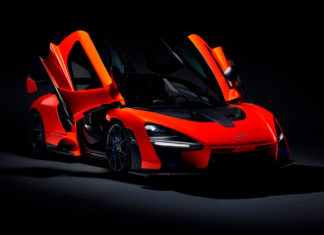 A Tribute to Life Network - 10/12/2017
0
Among the greatest quotes that Ayrton Senna left as a legacy of his total commitment into the pursuit of victory and perfection, one is... 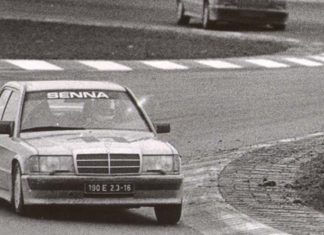