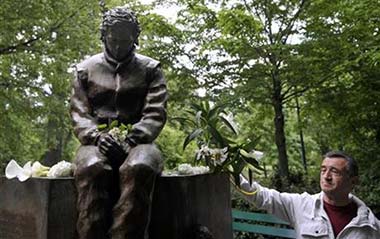 A man lays flowers next to a statue of Ayrton Senna, in a park close to the Imola track, Italy, Wednesday, April 30, 2014.

It is a testament to Ayrton Senna’s lasting impact on Formula One that the 20th anniversary of his death will be observed this week with five days of commemorations at the Imola track where he had his fatal accident. Current and past F1 drivers, mechanics, racing officials and fans will pay their respects to Senna and Austrian driver Roland Ratzenberger, who also died at the 1994 San Marino Grand Prix.

Fans and family members are gathering this week to pay their respects to former Formula One drivers Ayrton Senna and Roland Ratzenberger on the 20th anniversary of their deaths.

F1 drivers’ chaplain Sergio Mantovani celebrated a memorial mass Wednesday in a packed room beside pit lane at the Enzo and Dino Ferrari track that once hosted the San Marino Grand Prix. Ratzenberger’s parents Margit and Rudolf sat in the front row and were wiping tears from their eyes on the exact anniversary of their son’s death. Ratzenberger, an Austrian rookie, was killed in qualifying on April 30, 1994 and Senna, a three-time F1 world champion, died the next day during the race.

“It’s hard for me. But I have to be here to remember my son,” Margit Ratzenberger said, in comments translated from German.

The attention around Senna’s death brought about safety improvements at the Imola track and throughout F1, resulting in shorter straights, more room around dangerous turns and less powerful engines.

“Many things changed,” Margit Ratzenberger said. “The helmets changed, the rules changed, and I’m very happy that because of this accident at least it got safer.”

Rudolf Ratzenberger recalled how a memento linked to his son was found in Senna’s car after the Brazilian’s crash.

“We are very honored and very sentimentally inspired that we are here,” he said. “Senna is also in our hearts. Senna had a flag of Roland in his car and he wanted to honor him if he had won. … This is the fifth time I’m here in Imola. But for my wife it’s still very difficult to be here.”

While Senna’s relatives were not expected in town until Thursday, fans had already come from far and wide with five days of memorials and tributes planned.

“Senna was a real driver,” said Nedilko Matjas, a Croatian who came with two friends wearing homemade T-shirts that said ‘Senna, 20 years’ on them. “Now it’s all business.”

Peter Szecheny, a 32-year-old from Munich, Germany, rode to Imola on his motorcycle wearing his custom-made replica of Senna’s helmet in the Brazilian flag colors of yellow and green.

“I grew up watching Senna and this is a great way to pay tribute to him,” Szecheny said. “People always look at me at traffic lights and complement me for the helmet. People still remember.

Mantovani, the chaplain, was friendly with Senna, who held a strong Catholic faith.

“He always prayed before races,” Mantovani said. “I can’t believe it’s 20 years. I was there when the accident happened. I remember talking to him before the race and it seems like yesterday.” 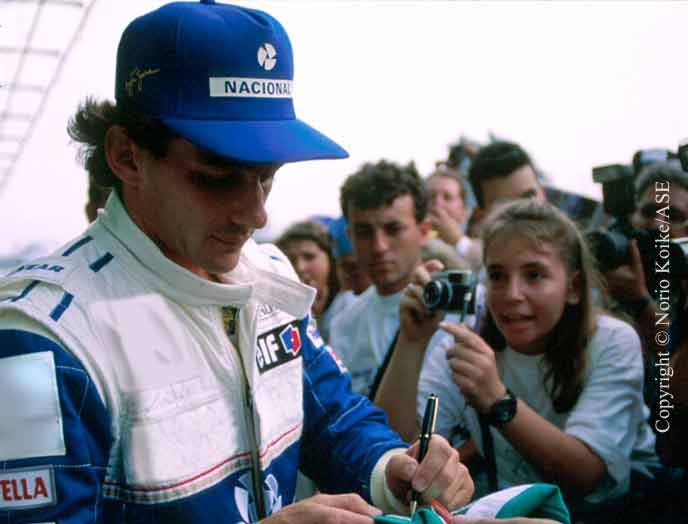 A Tribute to Life Network - 27/03/2014
0
Ayrton Senna's final interview before his death at the 1994 San Marino Grand Prix has been revealed by the man who conducted it, former... 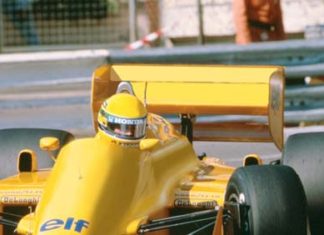