Among the greatest quotes that Ayrton Senna left as a legacy of his total commitment into the pursuit of victory and perfection, one is emblematic: “You commit yourself to such a level where there is no compromise. You give everything you have; everything, absolutely everything”. And this famous quote was mentioned today during the presentation of the newest McLaren’s sport supercar: the McLaren Senna. 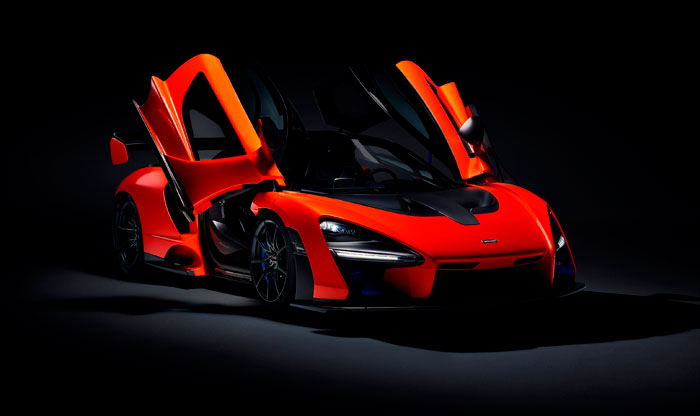 The world’s first car bearing the name of the three-time F-1 world champion justifies this historic moment with impressive numbers. This new car comes with McLaren Automotive supercar recipe, founded in 2010. Ultra-lightweight construction with a carbon fiber chassis features a 4.0-liter McLaren V8 engine with 789 bhp, the fastest McLaren ever made in its history. 500 units will be produced and the price is 750,000 pounds.

The sports car was designed and developed with a single goal: to become the best McLaren designed for the streets with the best concept coming from the tracks. This new supercar can be used on the streets, but seeks to make the pure connection between driver and car, as well as in a competition, delivering the closest race track experience that any McLaren-produced street car ever could.

“The McLaren Senna is a car like no other: the personification of McLaren’s motorsport DNA, legalised for road use but designed and developed from the outset to excel on a circuit. Every element of this new Ultimate Series McLaren has an uncompromised performance focus, honed to ensure the purest possible connection between driver and machine and deliver the ultimate track driving experience in the way that only a McLaren can”, said Mike Flewitt, Chief Executive Officer, McLaren Automotive.

With the Senna brand naming the car, it is no surprise to expect its extreme performance and excellence in dynamics. Whether it’s the steering wheel, the pedals or even the seat, every feeling the car sends to the driver is to put him in a position of complete control. The link between Senna and McLaren is intense, including three world titles Ayrton won for the team (1988, 1990 and 1991), and his legacy and global presence will be even greater with the McLaren brand with the launch of the new McLaren Senna.

“Our family is extremely proud of the naming of the new Ultimate Series McLaren Senna. This is the first project that really connects with Ayrton’s racing spirit and performance. The McLaren Senna honours my uncle because it is so utterly dedicated to delivering a circuit experience that allows a driver to be the best they can possibly be. There is an absolute, seamless connection between car and driver and this pure engagement, these sensory cues that a driver responds to and relies upon, ensure an experience so focused and immersive that you are left in awe of the depths of excellence the McLaren Senna possesses”, said Bruno Senna, Ayrton’s nephew and McLaren ambassador.