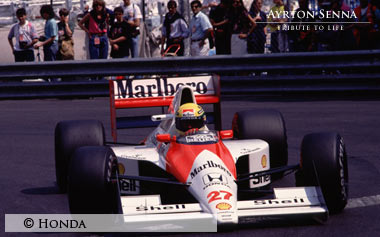 To launch this years London International Documentary Festival, the Barbican hosted a very special preview screening of the new filmabout the famous F1 racing driver, Ayrton Senna who died tragically during a race at the age of 34.

The film entitled “Senna” was Winner of the 2011 World Cinema Documentary Audience Award at Sundance Festival.

Aryton Senna was one of those people who transcends the sport that made them famous to become a true icon to people worldwide, but especially in his home country of Brazil. A lot of people were very moved by his untimely death. It was with very touching sentiment that the film was introduced but the Brazilian Ambassador. Explaining how he himself was a huge fan of Senna when he was growing up as a boy. In a time when Brazil was in terrible turmoil and almost ashamed of itself. Senna was out there on the world stage, winning races and flying the Brazilian flag from his car on his victory laps. That action inspired nearly all Brazilian people to strive for better. And to add to that – he was probably the greatest motor racing driver that ever lived.

The name Aryton Senna is one that many will know but most will not know of his incredible life and achievements both on and off the track. As it stands, this is a film not just for the petrol-heads but for anyone to enjoy.

The film is a biographical piece detailed exclusively with archive footage. The film begins in Brazil with a young Senna competing in go-kart championships. Obviously he excels. After many successes in the kart world, he then travels to Europe to start competing on the European stage.

Eventually after winning everything he entered, Senna landed on the Formula 1 scene. At the time he joined Alain Prost from France, driving for the McLaren team. It was instantly clear that you could see a huge rivalry forming – the old master and the new kid on the block. They clearly had respect for each others driving skills but a fierce determination to be the winner, of which there can be only one. Senna succeeded in winning the World Championship 3 times, Prost 4 times.

The film is made up from old home video footage, behind the scenes footage, Formula 1 broadcasts and news footage from around the world. Most of which, apart from the coverage of the races is all previously unseen. It is truly an amazing film. It captures perfectly the genius of Senna, his driving skills and the struggles he had with the political nature and management of F1. Towards the end of the film Senna states how his favourite time of his career was his go-karting days which he described as ‘pure racing’.

Senna as a whole avoids the normal format of documentaries with talking heads and voice-overs. It has been put together as if Senna had made it himself. There are some fascinating insights behind the scenes at the driver’s briefing meetings, that happen before the races. Prost and the FISA President Jean-Marie Balestre, are very much painted as the villains.

It can be very difficult to make a film where everyone knows the outcome but ultimately the film is made with true style and keeps you gripped all the way through. At the moment when the coverage began of Senna’s final race, a huge sigh went out around the cinema, when he actually tragically crashes, people began crying. A true testament to how engrossing the film is.

After the screening, there was a Q&A session with the Director Asif Kapadia and the two producers. They gave some fascinating insights into how the film was made and the difficulties they faced.

They said how Bernie Ecclestone, Formula 1 supremo has a vast warehouse of archive footage and originally gave them access for 2 days. They pretty much begged him for longer and eventually were granted 4 weeks. Still a mammoth task but it just shows what can be achieved with a good researcher. The first cut of the film was apparently 7 hours long! Most F1 fans would probably relish that thought but in the end it got streamlined to 104 minutes – around the length of the average Grand Prix. 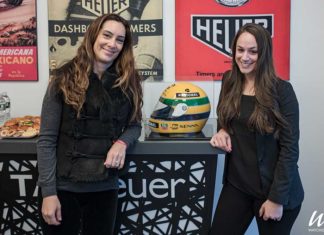 A Tribute to Life Network - 10/05/2020
0
From the moment I met Bianca, I was starstruck, and we naturally started speaking in our native language, Portuguese. She is extremely polite and... 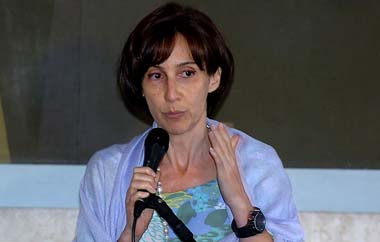 A Tribute to Life Network - 21/08/2014
0
National Forum on Education will discuss the role of the educational system on the competitiveness of Brazil Business Leaders Group, commanded by João Doria Jr.,...