The first flush of daylight was lining the eastern sky as Flight RG723 said goodbye to its fighter escort and swung into the landing pattern, bringing Ayrton Senna home for the last time. Already his people were gathered along the expressway from the airport through the suburbs, a million of them or more, preparing to shed their tears of welcome and lamentation as the big jet, 11 hours out of Paris, floated above the endless clusters of high-rise blocks with their shanty-town infills.

São Paulo may be one of the biggest cities on earth, a vast megalopolis of extreme wealth and extreme poverty, but in that dawn its inhabitants turned into villagers, sharing in the mourning for their golden boy, their favourite son, their champion. 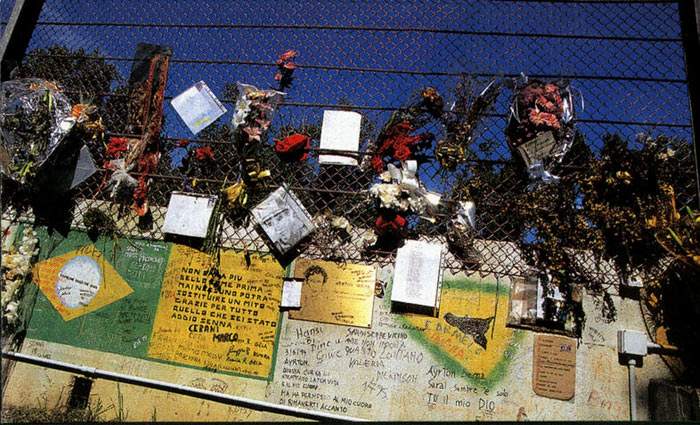 All the way round the July 9 Palace, the state legislative assembly building, tens of thousands were already waiting calmly in line under the paneira trees’ pink blossom. Inside, a 20-minute religious ceremony took place in the presence of the Senna’s family. By the time the doors were opened, the queue of those wishing to pay their respects was three miles long, winding up the drive, out of the entrance and around the perimeter of the compound, unsupervised but in perfect order. It would take those at the back seven hours, in 80-degree heat, to reach the casket, now surmounted by a new flag and one of Senna’s helmets, guarded by two soldiers with pikes and two riflemen, their weapons reversed.