The deaths of Aytron Senna and Roland Ratzenberger at the San Marino GP 20 years ago sparked a drive for Formula 1 safety that continues to this day. 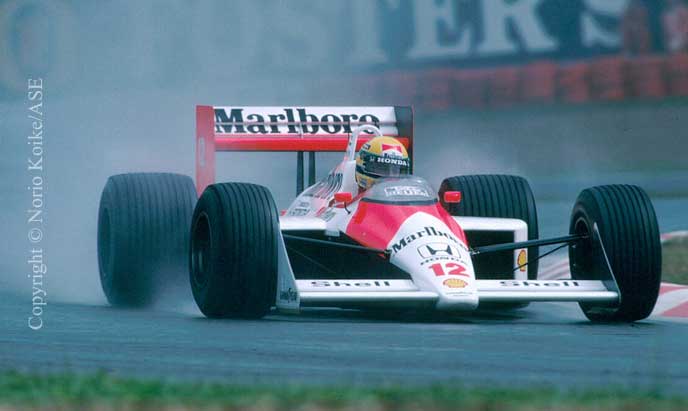 In the years preceding the deaths of Ayrton Senna and Roland Ratzenberger, Formula One had not seen a racing fatality in 12 years – the start-line accident at the 1982 Canadian Grand Prix that claimed the life of Italian driver Ricardo Paletti being the last.

In the aftermath of that accident safety in the sport had improved greatly from the dark days of the 1960s and ’70s when drivers frequently risked serious injury and death when taking part in races.

Though the work of the FIA, concerned drivers such as Jackie Stewart and organisations such as the Grand Prix Drivers’ Association, the sport had seen the introduction of a number of measures designed to decrease risk, including the presence of marshals at races, the installation of better crash barriers, a medical service with a resuscitation center and compulsory rescue training. By the mid-’70s six-point harnesses had become mandatory, cockpit sizes had increased and proper standards had been instituted for fire resistant clothing.

Progress continued in the 1980s, much of it under the steward of then FIA President Jean-Marie Balestre. In 1980, permanent medical centres at circuits were made compulsory and the following year the safety cell of cars was extended to include the area around the driver’s feet.

By the mid 1980s crash testing began to be introduced into the sport, with initial research focusing on frontal impacts. The tests were made increasingly stringent with each passing season, with fuel cell and safety cell tests being introduced in 1988. In 1989, a permanent Race Director was appointed, a role that would eventually to pass, in 1997, to current Race Director Charlie Whiting, who has since overseen all of the many additional safety measures introduced to the sport by the FIA.

However, while the safety bar had been significantly raised by the early 1990s, it was the tragic events at the 1994 San Marino Grand Prix, which led to the deaths of Roland Ratzenberger in qualifying and then the loss of racing legend Aytron Senna the following day, that sparked a new and more intense focus on safety research and it is these improvements that perhaps represent the greatest legacy of Senna and Ratzenberger.

In the aftermath of the Imola crashes, then FIA President Max Mosley instituted a host of changes. An immediate programme of circuit alteration was undertaken and using computer analysis the FIA identified a range of dangerous corners that needed to be made safer. Test procedures for tyre barriers become mandatory and barriers also had to be secured by rubber belts. The speed limit in the pit lane is reduced to 80 km/h in practice and 120 km/h in races and stricter standards for helmet design were introduced.In the two decades since, the FIA has continued a rigorous safety research and development programme.

Crash tests were expanded to include lateral tests in 1995 and two years later the first accident data recorders were installed in F1 cars, giving the governing body more information than ever before on the effects of impacts on materials and types of car construction. By 1999, the sport also had higher cockpit sides to aid head protection, wheel tethers were introduced to prevent dangerous detachments in accidents and run-off areas were modified to help reduced speed. Additionally, four medically-equipped rescue vehicles and a car for the FIA-doctor were made compulsory.

The advent of the 21st century saw no let up in progress. Roll over bars were raised, impact tests became even more stringent, with ever-tighter tolerances imposed on impacts from all quarters, and in 2003, use of the HANS system to protect the driver’s head and neck was made mandatory.

In 2004, research into motor sport safety took another step forward when the FIA established the FIA Institute, a non-profit organisation designed to develop and improve safety on the track. The subsequent establishment of the Motor Sport Safety Development fund in 2009 further pushed the boundaries of what could be achieved in protecting competitors, officials and spectators. Despite all these developments, racing remains an inherently dangerous pursuit and the quest for ultimate safety is an ongoing, daily endeavour.

In the wake of an accident at the 2010 European Grand Prix in which Mark Webber’s Red Bull car became airborne in a clash with the Lotus of Heikki Kovalainen, nose heights were adjusted in 2012 to protect against launch incidents. These regulations were further tightened this year and are expected to be revised again for 2015.

This year, too, the FIA introduced tough new regulations for the teams governing side impacts following research into the enormous but survivable accident suffered by Robert Kubica at the 2007 Canadian Grand Prix.

The fact that frightening accidents such as these and many others are now survivable is perhaps the ultimate tribute to Senna and Ratzenberger. The racing community will gather this weekend in Imola to pay tribute to two great drivers but while their racing achievements are worthy of honour, it should equally be remembered that in paying the highest price for their passion and dedication to motor sport, they helped save the lives of countless racers who have taken to the track since.