THIS documentary about the Brazilian motor racing champion Ayrton Senna is preceded by the Universal logo. Nothing unusual about that: I mention it only because the strikingly lucid image announces that we are about to watch a digital screening, with all the clarity and visual wonderment it promises.

It is particularly jarring then that as the film proper begins, viewers are suddenly dumped into the degraded VHS imagery of 1980s and 90s television broadcasts. And there the documentary stays, its low-fi resolution all the more garish for being blown up on a gigantic screen.

Happily, though, the storytelling in Senna soon proves so enveloping that its reliance on vintage TV footage gradually stops being annoying until, with surprising swiftness, this stops being an issue at all.

Directed by Britain’s Asif Kapadia under executive producer Kevin Macdonald, himself a master documentary filmmaker (Touching the Void and One Day in September), the film is a reminder that what counts most about cinema is ultimately not what it looks like but the way in which it stimulates its audience’s inner world.
The externalities – its look and sound – are merely a means to an end. Senna may look like an oily rag, but in terms of its subjectivity, its ability to stimulate emotion, it is a triumph.

The film’s reliance on found footage turns out to be one of its strongest suits: it places viewers in the world of the Formula One racetrack and rarely moves away from it. Senna’s personal life is scarcely touched upon. His wealthy family background is sketched in during the opening minutes before the film swiftly skips on. There’s one reference to his wife in an extract from a British TV interview, but we’re never told who she is.

There are no cutaways to talking heads. Commentators and interviewees are heard on the soundtrack, but while they are identified via subtitles, we don’t see their faces.

This brings an advantage in that it intensifies our immersion in Senna’s professional world. Instead of skipping backwards and forwards between different styles of film and video footage and different time frames, the film puts us right there at the centre of the action: by the side of the racetrack or in the pits; in the dressing room or drivers’ meetings.

We share the adrenalin and frustration, thrills and rivalry. Especially the latter, with the epic rivalry between Senna and French fellow team member and four-time world champion Alain Prost emerging as the dramatic spine.

So what is it about Senna that makes him worthy of such attention? A part of the answer lies in his abundant display of the kind of charisma usually found in rock stars and movie idols. In an early clip someone asks why there are no women Formula One champions.

As a succession of female TV interviewers and presenters openly flirt with the world champ on camera – he’s not slow to reciprocate – the answer is obvious.

The film doesn’t need to tell us that Grand Prix racing is an open expression of male pack behaviour, the ape-like competitive drive to establish alpha male position and a modern equivalent of a Roman chariot race. Senna shows us the evidence and allows us to reach the obvious conclusions.

With this conceptual framework in place, the film moves on to explore the deep rivalry, verging on mutual hatred, between Senna and Prost. If the Frenchman was a calculating driver, expert at playing the sport’s politics to his advantage, Senna, the film argues, was the daredevil: the emotionally driven figure whose flamboyance and derring-do were central to his legend.

These qualities can be viewed from different angles: Senna’s killer instinct and his willingness to take risks and exploit every tiny bit of advantage that presented itself gave him the edge that makes a champion. But they also led him into questionable behaviour, on and off the track.

Senna had a habit of storming out of media conferences or meetings with officials when decisions went against him, something that could be seen as rebellious and individualistic, or, alternatively, short-tempered and selfish.

The film doesn’t take a moral position on Senna, allowing viewers to make up their own minds. He emerges as a complex human being: a man defined by speed whose second most-favourite pastime was fishing. Sometimes viewed as impulsive, the national hero worked at weekends to help street kids and set up a foundation for them.

If I have made it sound as if the film will appeal only to racing fanatics, I have failed. I came to it knowing nothing about Senna (I found its climax an absolute shock; I will add no more) and sceptical about its potential to engage my attention.

But great sports documentaries not only appeal to the already converted; they’re films that prise open the door to a formerly private world so that its intense human dramas and rituals become comprehensible and engaging to outsiders.

I unhesitatingly put this film in that category, fit to stand alongside Leon Gast’s boxing film When We Were Kings and Michael Cordell’s AFL doco, Year of the Dogs, among others. If Senna can win over this lifelong sports-agnostic, it can win over anyone. 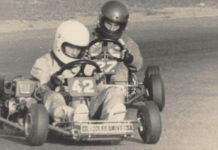 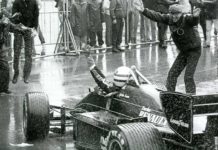 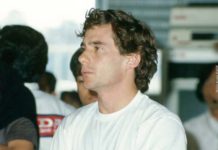 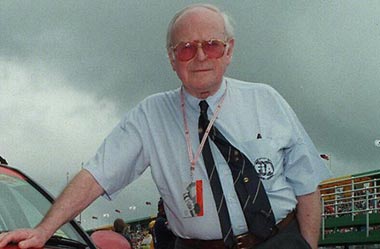 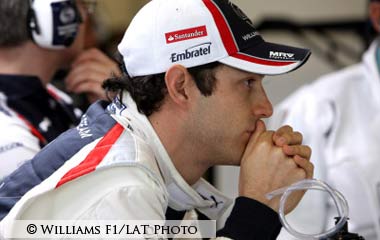