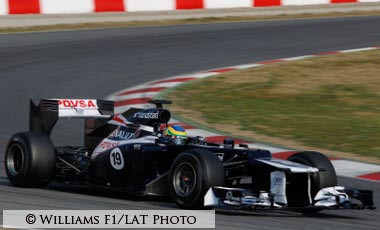 Bruno Senna is convinced he will make an impact in Formula One after witnessing at first hand what Williams are capable of this year.

The Spanish Grand Prix nine days ago was startlingly different for Senna and team-mate Pastor Maldonado, the latter claiming a debut win in F1 from pole, whilst the former crashed out after starting from 17th.

The accident was not Senna’s fault as Michael Schumacher ran into the back of the 28-year-old, earning a five-place grid penalty for this weekend’s race in Monaco.

The pressure, however, is now on Senna to deliver as Maldonado did at Barcelona’s Circuit de Catalunya in giving Williams their first win for 132 races and for seven and a half years.

Speaking to Press Association Sport, Senna said: “It’s very encouraging to go to Monaco with a car that has just won a race.

“I’m pleased for Pastor. It was a brilliant win after the hardest of years for the team last year, and it was great to see people with big smiles on their faces.

“So it doesn’t mean the car is going to be a race-winner in Monaco, but I really hope it is – and that this time it’s going to be the other one.

“I think my time will come. I have taken my time to learn. I can’t expect to nail everything every race, but it’s a very exciting time to be with this team.

“But first let’s get to Monaco, do Thursday practice and wait and see.”

Senna, meanwhile, has put behind him the shunt with Schumacher, who initially described the Williams driver as “an idiot” over the team radio in the immediate aftermath of the incident.

The stewards, however, decided it was the seven-times champion who was at fault.

Looking back, Senna said: “He was coming with much newer rubber, at a faster pace and had to overtake me at all cost, but he probably misjudged my braking point.

“I left him enough space on the right and left for him to make a move if he had wanted to, but he braked quite late and he just hit me.

“I don’t care what he called me. It doesn’t make any difference to me. It’s his opinion.

“I’m sure many drivers have very strong opinions about people when they have an incident, but I wasn’t too bothered about it.” 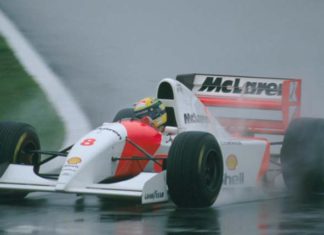 A Tribute to Life Network - 18/08/2014
0
Many petrolheads and Formula 1 enthusiasts who grew up watching the sport in the late 80s and early 90s claim Ayrton Senna as their...