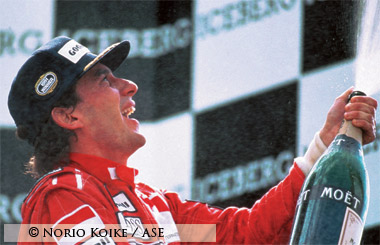 A tribute Ayrton Senna, the triple Formula One World Champion, will form one of the star attractions at the Donington Historic Festival from May 3-5.

A tribute to Ayrton Senna, the Formula One driver who died in an accident while leading the 1994 San Marino Grand Prix, will form part of this year’s Donington Historic Festival.

The static and on-track displays of ex-Senna cars coincide with the 30th anniversary of Brazilian racer’s first ever test drive in an F1 car at Donington in 1983. This year also marks the 20th anniversary of the 1993 European Grand Prix at Donington, where the Bralizian was the class of the field, moving from fifth to first position on the opening lap and going on to win the race by more than a minute, lapping every other car but one.

There will also be two of the Group B rally cars that Senna drove for a magazine feature in 1986, plus pictures and memorabilia from the triple world champion’s career.