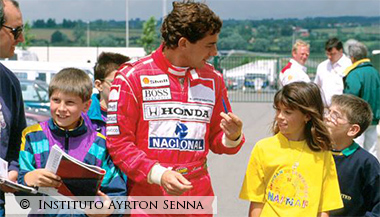 It’s been twenty years since Ayrton Senna passed away in the tragic San Marino Grand Prix at Imola. But as it comes up, maybe the story of his life could have been different if instead of Williams, he drove a Ferrari.

That was close to happen, with a contract that never confirmed with Ferrari a few years earlier. Let’s look back with the latest facts that came up and learn about the contract that never was signed, which would probably have changed the whole F1 history.

In the early 2000s, I was told that a pre-contract, or more correctly a letter of intent, existed between Ayrton Senna and Cesare Fiorio, team manager of Ferrari from 1989 until the Monaco GP two years later, for the Brazilian to race for Ferrari in ’91 and ‘92. The legend had it that Fioro possessed the pre-contract and kept it in his safe. So this year, I decided to seek out the first-hand story of this agreement.

“My priority when I went to Ferrari in 1989 was to have the best available driver”, remembers Mr. Fiorio, “And of course Senna was first on my shopping list, second was [Alain] Prost and of course [Nigel] Mansell whom I had in the team. My goal was to replace Gerhard Berger with Senna, so I started talks immediately. Senna pointed out that he had a contract for next year, so we could not do any deal. We decided to talk again soon. I managed to bring Prost to the team [for 1990] who created a very good lineup with Mansell.”

“In 1990, I tried again to speak with Ayrton, who was interested in coming to Ferrari, so the initial approach was very easy, since we both wanted to collaborate. After the Brazilian GP of 1990, a race we won with Alain, I didn’t leave Sao Paolo on Sunday evening and I stayed for one more day. Senna sent a chauffeur to pick me up from my hotel and he drove me to his house. I remember staying there from 9 in the morning to 7 in the afternoon to talk about all the issues, because later I had a flight to catch. There were no managers, no lawyers, just me and him. We stopped the conversation for a quick lunch with members of his family and we went back on. At the end of the day we had solved the 80% of the issues, and practically the 80% of the deal was done. We said goodbye with the aim to speak again in the near future.”

“The near future was the Thursday before the French GP that took place at Le Castellet, at the start of July. We used to travel with a private plane to the track, so the plane made a stop to Nice and I went out. The rest continued. I went to see Ayrton at his home in Monaco. We continued the talks to finish the rest 20% that was remaining and some other small issues, like the fact that he had a Nacional Sponsorship on his cap while we had reserved it for Philipp Morris. But those are details if you had to bring in Senna to Ferrari.”

So when Fiorio went back to Maranello after the French GP, a race that Ferrari won, he wrote a letter of intent, noting all the issues they discussed and he sent it to Senna so he could sign and return it from his fax machine.

“This was used, as to say, against me from the Ferrari President, Mr. Piero Fusaro, who started a personal war against me and he couldn’t win. I took over the team and brought success, but he found a system and by that he beat me. Fusaro went to Prost with the LOI and informed him that I was trying to bring in Senna. From that moment onwards, I had trouble in my collaboration with Prost. Things started getting very complicated and the situation went unbearable. So I had to quit”.

“So that transfer was never completed. I kept this document in my safe for almost 20 years and recently I thought this should come out. I even wrote a book about that.”

The “Senna side” of the deal that was not accomplished

But how did Senna reacted when Mr. Fiorio first approached him?

“I was young in F1,” says Mr. Fiorio. “Although I took part in many championships, prototypes and so on, I was young in F1, and he didn’t know me as a manager. He told me right away that he couldn’t come because he had a contract. I said that there is no issue, since I needed time to build the correct team for him”.

Did Ayrton had any special requests though?

“He had some things that he asked,” Mr. Fiorio recalls. “He wanted to know the plan we had on technical enforcement and he asked to bring in Steve Nichols from McLaren because he knew him very well and he wanted to change environment. But I wanted also to enforce my team since I had broken up with John Barnard. So I asked him to point out what he thought it could suit.”

Did Senna asked for a specific teammate?

“No no no”, says Mr. Fiorio. “The only thing he said was that I should find the fastest available. This was a surprise for me because all the top drivers wanted someone that wasn’t as fast, so they could control him. But he said that he wanted to have the fastest available so he can be sure that he gets out the maximum from Qualifying and the Races, but if he wouldn’t be as fast he would know that he didn’t do the best job he could. And this was a surprise.”

Later on, Mr. Fiorio and Senna met several times at the paddock but they kept the dealings discreet. The deal never concluded, but even now, more than 20 years later it’s yet fascinating to learn details about the biggest pilot transfer in the sport history. There are a lot of F1 fans out there that would have gone crazy if that deal was fulfilled. The greatest driver in the F1 history, amongst with the legendary Prancing Horse. It’s almost certain that history would have been a lot different for both of them. 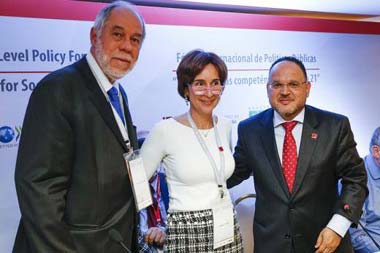 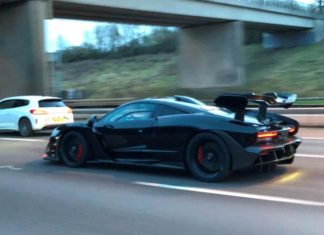