Despite the stars coming out in their numbers at the London Critic’s Circle Awards last night, looking spectacular as they stroll down the red carpet, it was as much about those behind the cameras, as a host of successful film-makers spoke to The Fan Carpet ahead of the event.

Winning Documentary of the Year award, it’s been somewhat of a whirlwind year for British film-maker Asif Kapadia, representing Senna, an emotional feature film depicting the life and death of Formula One racer Ayrton Senna, and Kapadia spoke of how big a role the racing driver had in making the film such a success, and earning it such awards and commendation.

“Something about Senna and what he stood for and the things that he did, making him feel like a movie star,” he said.

“It’s his charisma, the way he looks, what he stands for, I think it’s about the way he goes about doing what he does, you know, the more I learned about him the more I liked him, he’s a genuinely good guy who follows through what he believes in, like an action movie star, and that’s the truth.

He did his own stunts, the guy is the real deal, he’s not pretending, and that’s the element that raises it over the top, everything you see really happened. It’s not fictional, it’s the real deal and we just tried to put all that on screen,” Kapadia concluded.

Another first-time winner was Lynne Ramsay and We Need to Talk About Kevin, picking up the British Film of the Year award. She told The Fan Carpet before the ceremony began that she was still surprised by the response her harrowing film has been getting.

“Making a controversial piece like this, I mean, not everyone is gonna love it, so I knew it was never going to be an easy ride, but it’s done really well. Even in America, where the subject matter is a little more touchy. But it is a thrilling ride to watch.”

Fellow film-makers that were also in attendance at the BFi on the London South Bank, included Kill List director Ben Wheatley, who saw his feature miss out on the British Film of the Year award that Ramsay collected.

“It’s very welcome for a film for a film like ours, which was very low-budget with no bankable Hollywood stars needs every bit of help it can get,” he said.

Finally, Carol Morley, who was at the ceremony for Dreams of a Life which was up for best Documentary, paid a fitting tribute to the subject of her poignant and touching film, the young girl who died in her flat – two years before being found.

“Joyce loved the high-life. I think in a way I’m honouring her by bringing her memory to somewhere so glamorous. So for me I’m so happy that a film about Joyce is here, being celebrated.”

Standing alongside the star of the film Zawe Ashton, who played Joyce, Morley also had kind words to say of her leading lady.

“Everyone said that Joyce lit up a room when entering it, so we had to cast someone who could do that, and Zawe is amazing in the film and we’ve become really close friends since.”

Zawe Ashton, also starring in Blitz last year, admitted it was a strange feeling to be walking the red carpet after what has been a real breakthrough year for the young actress.

“It’s so funny because as an actor you sort of tread this line, which is right in-between unshakable self-belief and completely, utterly, crippling self-doubt, so despite always thinking I would be here one day, walking the red carpet for a project that I love, I then think did that actually happen?

It’s a double-edged sword, but I’m here and just loving every minute of it,” she finished. 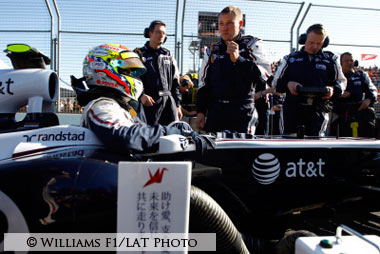 A Tribute to Life Network - 07/06/2012
0
As Formula One stages the Canadian Grand Prix at the Circuit Gilles Villeneuve — another track with close walls — on Île Notre-Dame in... 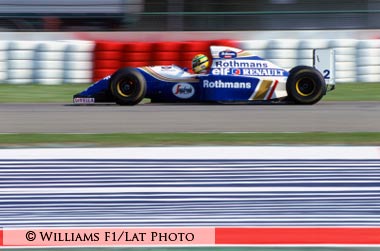