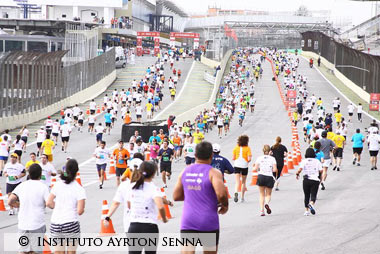 The eighth edition of the Marathon Relay Ayrton Senna Racing Day, held Sunday 04.12.2011 at Interlagos, both cheered the runners as the people who went to the Autodrome to follow the evidence and know the circuit most important and famous in Brazil.

In total, about eight thousand present (6200 athletes) and the general feeling at the end of the event was already expecting the race in 2012. (Watch the full video and find out everything that happened)

The test had its winners on the track (in short, the results will be the site www.ayrtonsennaracingday.com.br), but in the end all Brazilians concerned with improving the quality of public education in the country have gained. The test has 100% of the entries reversed the programs of Instituto Ayrton Senna.

“We all know that Brazil is a global race, race more important than Formula 1. It is the race for education. It is causing many countries to overcome. And here we have a large deficit to cover, because our education is still far from quality. What we want is to offer children the best car, a McLaren, a Ferrari in terms of education, so they can run the race more important with the best equipment and the pit crew all ready to give all the conditions to prevail in school and in life, “said the president of the Institute, Viviane Senna (watch video).

Fun. The Ayrton Senna Racing Day is different from other road races held in Brazil because, beyond the evidence, has many other attractions. Bradesco Seguros, sponsoring master, VIP area made available to guests. Pioneer, the co-sponsor, promoted an opening lap of Attila Abreu with your car’s stock car before the race, he distributed gifts and even had three DJs, two in track and one in the tent.

The pilot also gave his helmet to Viviane Senna, which will be auctioned next year, and raises funds for Instituto Ayrton Senna.

Who was at the Speedway could also see a special exhibition of historical objects of Ayrton Senna. There was even the first replica of the kart driven by triple world champion in Formula 1. In addition, a cafeteria was available to anyone who would satisfy his hunger.

Not a chance. The health safety of the runners in the race is always a priority. The circuit had points of hydration – water and Gatorade – and medical teams assisted the Syrian-Lebanese athletes, who were covered by insurance. Besides, who drove to the race had free parking inside the circuit. Sustainability. The Marathon Relay Ayrton Senna Racing Day also expressed concern with environmental issues. There was garbage collection in various parts of Interlagos, recycling and neutralization of carbon dioxide emissions. 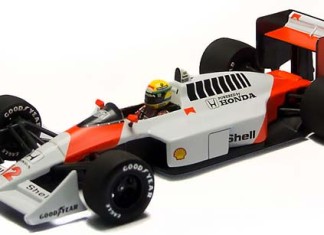